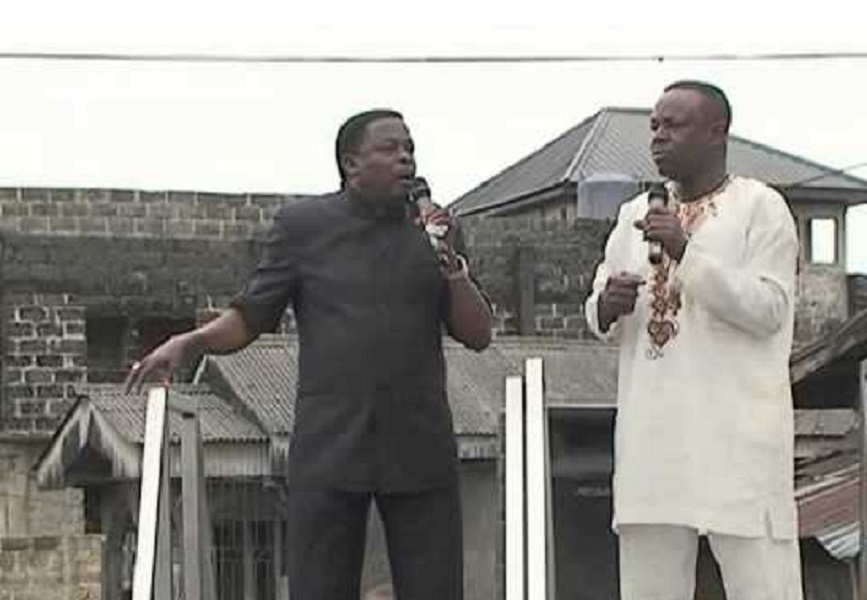 The son, Barr. Atarehre Avwomakpa, was nabbed by DSS operatives for supposedly inciting statement posted on his Facebook page over the arrest of Apostle Johnson Suleman, founder of the Omega Fire Ministry, Auchi, Edo State.

It was also learnt that the son who is also a pastor in the father’s church sent text messages to Nigerians, particularly his colleagues in the Nigeria Bar Association (NBA) to mobilize against the arrest of the cleric.

It would be recall that Suleman called on Christians to protect themselves against the onslaught on Christians in the northern Kaduna State where over 100 Christians have been killed.

The son of the Archbishop had spent three days in DSS detention over his post and text message before the father mobilised over 60 clergymen to the headquarters of DSS in Asaba, the state capital to secure his release.

Fear gripped the Christendom when the cleric and the over 60 pastors were kept for over four hours at the DSS headquarters before finally coming out.

Addressing a mammoth crowd of journalists who laid ambush at the premises of DSS, Awomakpa who initially declined comments however said, “The man of God who is my son is here in their custody, I can’t deny him. Two things that you must know is that; I asked for him, they brought him, I asked him how he is being treated, he told me everything in their presence, I prayed for him. If by the end of today, he is not released, I will mobilize against the DSS”, he threatened.

However, it was learnt that between 5:00pm and 6:00pm DSS operative hurriedly charged him to court but he was placed on bail based on self-recognition and the sum of N200, 000.

The case has been fixed for February 20th, 2017 for hearing.