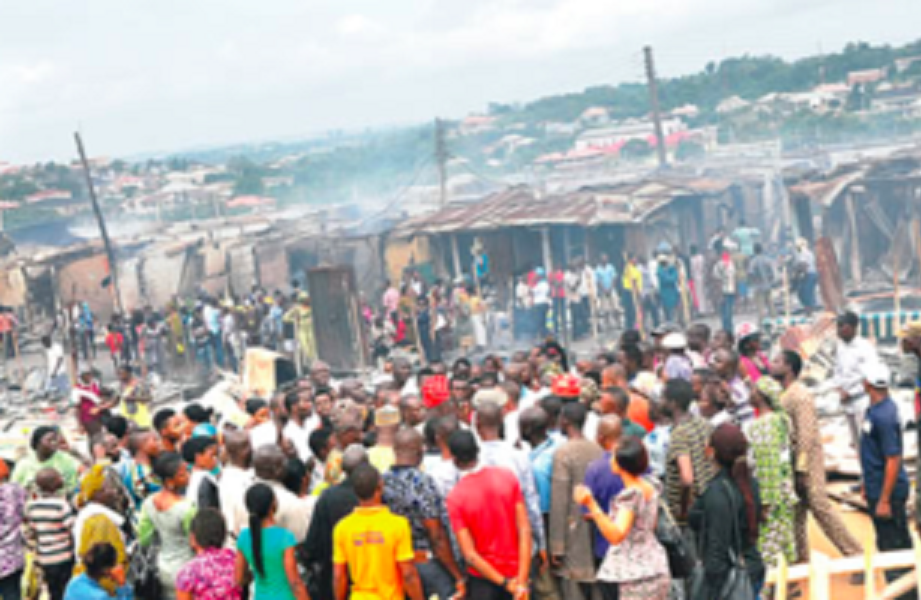 Advertisement
At least 10 persons were injured, 20 houses and about 30 vehicles destroyed at Umusiome village,  Nkpor in Idemili Local Government  Area of Anambra State by hoodlums said to be youths of the neighboring Ikenga village in Ogidi community also in the same Local Government Area. Consequently fear and confusion have gripped the residents  of the village who  have been   moving out of the place in droves  following heavy shootings ,destruction of houses, cars and stealing of about five motor-bikes.
The Chairman of the Umusiome Lndlord Association, Chief Humphery, Anuna,  who briefed newsmen on the ugly development, said that the shooting started  Wednesday afternoon by the armed  youth of Ikenga Ogdi, numbering abut 50, who came and started shooting, destroying houses, cars  as well as carted away about five motorbikes.
No fewer than 20 houses, 3o cars were destroyed  in the shoot-out, which have forced the residents to pack out of the area.
The chairman said when  he returned to the house after an emergency call, he could  not move into his house because of the heavy shooting , which forced residents  running and scampering for safety.
He said that similar incident took place in 2014, where the same Ikenga youths destroyed houses and other property worth several millions of naira but some of the perpetrators were arrested.
The chairman said the timely intervention of the police reduced the level of  damages  they would have   caused.
He then called on the Governor, Chief Willie  Obiano and the Commissioner of Police to intervene  on the matter by arresting the perpetrators of this violent act, saying that what happened was clear act of criminality which  they hid under land dispute.
A stakeholder of the community, Chief Christopher Udo, commended the police for their timely intervention but called on the Governor to intervene in the matter once and for all to avoid the rec-occurrence of the incident .
But the Dvisional Police  Officer (DPO),  Ogidi, Hassan Bello,who confirmed the incident said that the police has brought the situation under control, saying that he dispatched five  truck-load  of Policemen  to the area,apart that he slept at the place to ensure peace.
He said the issue at stake was  the contention for the disputed land but stated that there is already a demarcation having the boundary and a judgment of the competent court on the disputed land.
However, the  President-general of Ogidi, Chief Chuka Onugbogu, aligned himself with the DPO of Ogidi that the two villages should abide by the Supreme Court judgment.
He blamed land grabbers and speculators who  recruit  the youths of the two  villages, who in turn employ gangsterism o take people’s land, saying that since Government remained indifferent in doing something drastic to enforce the judgment of the Supreme Court, so will the violence continue.