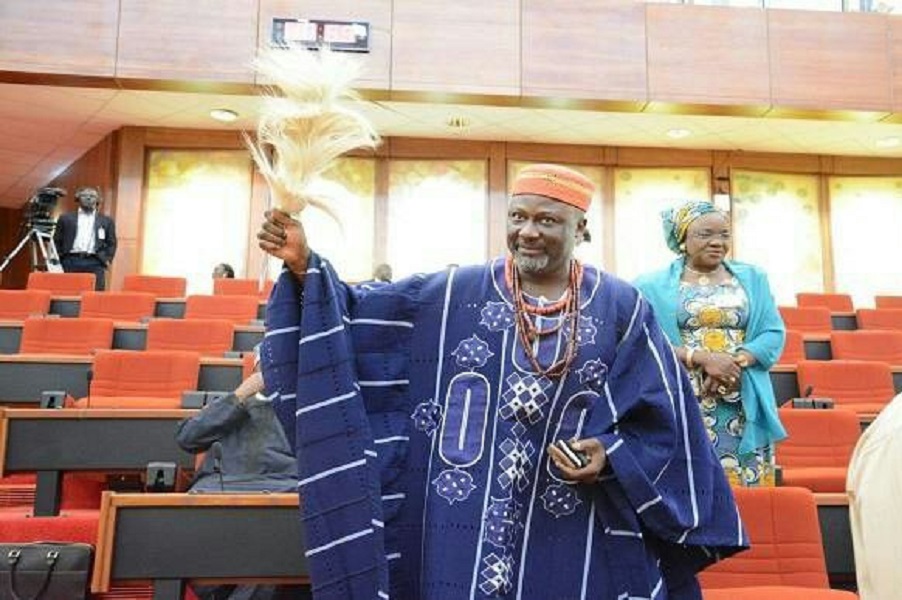 A civil society organisation, Citizens Action To Take Back Nigeria (CATBAN) said it has received with optimism, the recent news of an imminent grill of Senator Dino Malaye, Chairman, Senate Committee on FCT by the Economic and Financial Crimes Commission (EFCC) over alleged theft of over N630million at the Federal Capital Development Authority (FCDA) by four  principal officers of National Assembly

A statement signed on Thursday in Abuja by the co-convener of CATBAN Ibrahim Garba Wala said the four principal officers “conspired to steal the said sum through false pretense under the guise of accommodation.

“Citizens Action To Take Back Nigeria (CATBAN) had in a detailed petition to the Inspector General of Police, Chairman of Economic and Financial Crimes Commission (EFCC), and others graft agencies on the 3rd February 2017, demanded the arrest and subsequent prosecution of the aforementioned culprits and their accomplices, failure to which CATBAN would have no other option than to assist them in effecting the arrest accordingly.

“Bearing in mind that CATBAN was effectively preparing for the next line of action on the issue being that the deadline extended to the security agencies had expired, we find the news of Senator Dino Malaye’s grill as a welcome development and we commend the EFCC for swiftly responding to our call, as we await the outcome of the interrogation and subsequent prosecution of the culprits. 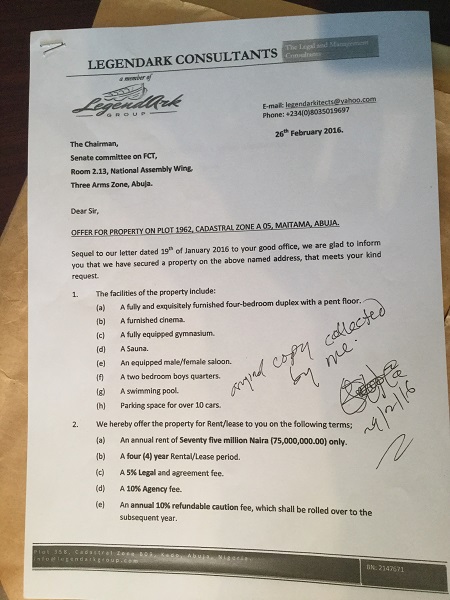 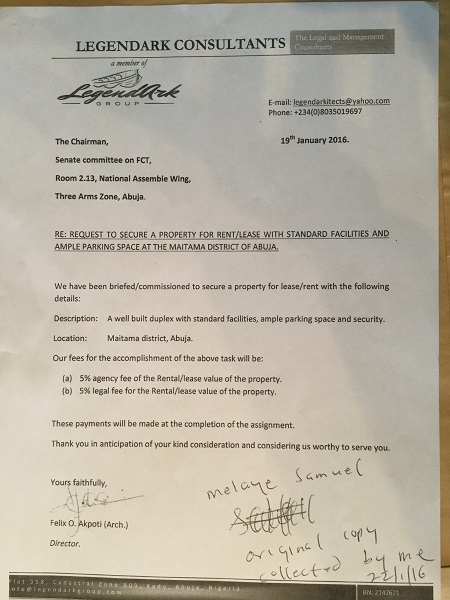 “For the records, incriminating documents made available to the media revealed how Senator Dino Malaye fraudulently used his office as Chairman, Senate committee on FCT to initiate and execute the deal on behalf of the four (4) principal officers.
CATBAN reliably gathered that Senator Melaye single handedly brought in the contractor, LegendArk Consultants, and after payments was made to them, demanded that N50 million be paid by them into an account in UBA with the following details:

“He claimed his reasons for the demand was that FCDA over paid the contractor by N50million.
It is thus laughable that despite all this dubious & fraudulent scheming orchestrated by him, he had the guts to tell the Nigerian public openly that the entire deal never existed, saying it was made in Taiwan.

“CATBAN is also impressing on EFCC to invite the aforementioned company, which was said to have been awarded the contract of furnishing the fictitious houses of Senate President and Deputy Senate President, as confided by Senator Dino Malaye to LegendArk Consultants.
Company Name: Pitch Global Services Ltd
RC No: 722079
Address: No 2, Chingola street, Wuse Zone 6, Abuja
We believe the actions of the EFCC will help a long way in exposing how public funds are being siphoned by criminal elements in government.

“Let it be known that all those involved in this criminality shall not go scot free. We shall ensure they are adequately prosecuted and made to face the consequences of their actions, to the full extent of the laws of the Federal Republic of Nigeria.”