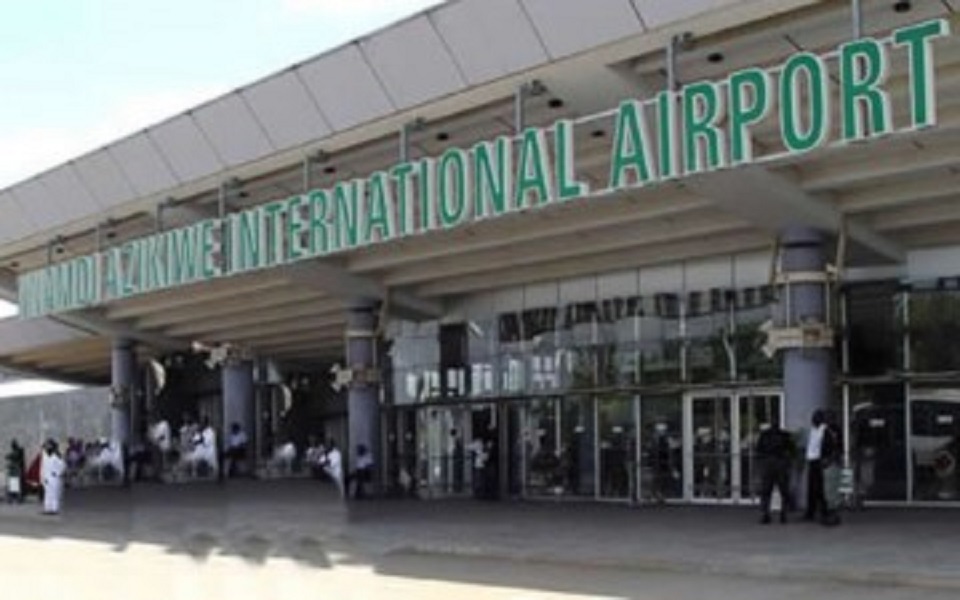 A few years ago, the Federal Government of Nigeria shut down the Port Harcourt International Airport to carry out what they called repairs or was it renovation? It was supposed to be an exercise for a few weeks, but it took more than an entire year. Flights were diverted to an airport in the city at great cost to travellers, but the so-called renovation took forever.  The Port Harcourt airport became a grazing field for cows, at other times, a vehicle-driving field, and for more than one year, travel to Port Harcourt, one of Nigeria’s most strategic cities was a nightmare. Each time the Nigerian government talks about fixing the airports, using the words, renovation, rehabilitation or reform, it is better to be cynical. The Sam Mbakwe Airport in Owerri, for example, was once touted as a major hub in the South East, and government spent so much money turning it into an international cargo airport for the East, but that same airport soon became flooded during the rainy season and planes could no longer land.

Both the Port Harcourt and Owerri airports are currently in a permanent state of renovation. The lives of those who wanted to renovate them at any level whatsoever are ironically and scandalously, imaginably better renovated.  The airports failed, the managers smiled to the banks. In those two airports, travellers were put through enormous strain because the entire airports or sections had to be shut down. But the people, expectant as they were had no choice in the matter. The Nigerian government is so powerful; the people are helpless. The same government the people elect with their votes punishes them unjustly.  The people themselves behave as if they are in bondage. This was what happened in particular when the Port Harcourt Airport was being renovated. Travellers were abused. Airlines subjected them to enormous indignity. Businesses suffered. Government failed to keep its promise. The airlines and their staff even became arrogant, failing to realize they were victims too. They treated customers shabbily and there was no way anyone could blame them when government itself was uncaring.

Looked at differently, the biggest problem is not necessarily the politicians and their appointees who sashay in and out of power, but the civil servants who run the engine room of government and who over the years have perfected a culture of graft and incompetence. They look the other way when politicians dismantle the rules, often times out of sheer cruelty and for the better part, the political leaders are guided to do so by the civil servants. Which department of government is responsible for the maintenance of airports?: The Federal Airport Authority of Nigeria (FAAN). I believe everybody in that agency should be lined up and caned publicly and investigated according to the law. Should they have any stories to tell about the poor state of Nigerian airports, despite the enormous amounts that are budgeted yearly, they should tell us as each stroke of the cane descends on their buttocks. I don’t consider corporal punishment a tool of governance, so I speak metaphorically, but the rot in the aviation section is so terrible, a feeling of outrage commands something extra-ordinary. Weigh that against the plane crashes, loss of lives, and the agony of air travel just because some incompetents have had to superintend over Nigeria’s aviation sector.

I am this outraged because a sad story is about to repeat itself.  The Federal Government of Nigeria is proposing to shut down the Nnamdi Azikiwe International Airport in Abuja, beginning March 8, for six weeks: to build a second runway and to carry out renovations. During the period, flights will be diverted to Kaduna Airport and passengers will be required to travel by rail or road to Abuja.  The excuse is that the runway in Abuja is almost collapsing. The life span of a runway is 20 years and this particular runway in Abuja has been there for 34 years. Politicians come and go but one significant fellow has suddenly woken up in either the FAAN or the Ministry of Aviation and a proposal has been submitted for renovation. And that proposal is now causing so much commotion. All the characters responsible for this costly neglect and delay should be lined up and sanctioned, and that should include a thorough investigation into the possibility of this “new” project having being proposed, budgeted for and cash-backed before now.  At what point did it occur to FAAN that the airport needs a second runway, and who is the brain behind the hair-brained proposal that is now before the public?

We have been told that for six weeks, flights will be diverted to the Kaduna airport. The Minister of State for Aviation (by the way, who is the Minister of Aviation?) has been quoted saying he wants “knowledge” as to how this can be managed. The Ministry has also summoned a meeting of stakeholders after taking the decision. This has been a classic case of acting before thinking, making it all appear ridiculous. The international airlines are insisting that they find this kind of thinking inconvenient. Truly so: Local airline operators are not excited either.  The National Association of Nigeria Travel Agencies (NANTA) and the Airline Operators of Nigeria (AON) are protesting. Common sense, a scarce commodity at this time, should have dictated that a meeting of stakeholders should have been held before the decision was taken. But the arrogant position-holders took the decision first and then decided to invite the stakeholders as an after-thought.  Ask these questions: is there an ulterior motive?  Ignore common sense and present the public with a fait accompli? Is that their plan? Is politics, in the shape of further Northernization involved? And why? Make Kaduna a new hub? Shift aviation travel further North? The failure to maintain runways and observe best practices is a reflection of the Nigerian problem: our national nonsense. Besides, Nigeria is forever a victim of last minute decisions. We remember to think when it appears too late to do so.  Conspiracy theories are thus enabled when those who should act rightly behave as if they are busy thinking with their orifices.

Get it: The decision to shut down the Nnamdi Azikiwe International Airport in Abuja and move traffic to the Kaduna airport for six weeks has not been properly thought through. Poor thinking is the enemy of good governance. There is no guarantee to start with, that the renovation and rehabilitation can be completed in six weeks. Remember Port Harcourt and Owerri. We have been told nevertheless, that this is a good decision. But the timing is unwise. We are moving passengers to Kaduna at a time that same state and city is in turmoil. Thousands are being slaughtered daily in Southern Kaduna. The crisis has both religious and ethnic undertones. And now we are moving more Nigerians to the North, so they can get killed at the airport on or their way to Abuja? Who in his or her right senses would like to travel through Kaduna at this time?

A standard travel advisory should be: travel through Kaduna at your own risk and commit possible suicide. And to this: let no paid vuvuzela tell me the roads are safe and that the rail line to Abuja does not pass through Southern Kaduna.  Also consider this: Government says it will provide buses. Who will bear the cost? Traveling from wherever to Kaduna to reach Abuja is likely to be more costly in every sense. Will the airlines bear the cost? Or the already aggrieved travellers will be subjected to extra cost and pain?  Foreign airliners have already rejected the Kaduna airport. It is by every international standard a poor airport. It can’t even accommodate a crowd.  Why would government subject travellers to obvious chaos and behave as if it does not matter. Copy this:

“The Minister of State, Aviation, Hadi Sirika, however, said total closure of the Abuja airport runway was inevitable, judging from the worrisome level of dilapidation…. (I see)

The minister assured of adequate security of travellers on transit by road from Abuja to Kaduna and vice versa, adding that the Ministry of Defence, the Nigeria Police, National Security and Civil Defence Corps, the Directorate of State Security and other agencies will provide cover for airlines and passengers. (Really?)

“We’ll increase the number of security personnel around Kaduna Metropolis; we’ll have traffic officials in every village and intersection. There’ll be members of National Emergency Management Agency (NEMA), fire fighters and ambulances at certain strategic positions. Police and the Air Force are to provide aerial patrols, complemented by ground police. (Bribery and extortion loading…)

There will be intelligence gathering. There will be bus coaches, train services, specialised car hire services and helicopter shuttles from private operators. But government will provide shuttles for passengers,” he assured. (Talk is cheap, truly)

This is precisely why the Ministry of Aviation should reconsider its stand. Stakeholders including foreign airlines should be carried along before any further step is taken and that has to be in line with international best practices. Everybody involved should admit that we are dealing with a Nigerian crisis. Nigerians who travel by air don’t deserve to be punished.  They have suffered enough already. The airlines can’t even get enough aviation fuel in Abuja, not to talk of Kaduna.

Let no one forget this: Abuja is a strategic city. Those who travel there do so with a purpose. It is the city of adventurers not settlers. It is the city of the Federal Government. People go there to sort out government matters including contracts and other matters.  Shutting down the Abuja airport is like shutting down the city, and perhaps the entire country. The Ministry of Aviation makes it sound as if this is inevitable, but we must tell them, and tell them again, that the Kaduna airport is not ready and to repeat the Port Harcourt experience in Abuja would be sad and counter-productive. It is not for nothing that the international airlines are already protesting that they don’t want to go to Kaduna. The argument about fixing the runway to make it safer is okay, and we all know why nothing is ever properly maintained in this country, and why projects of six weeks end up taking one year, and more, so don’t tell me the obvious, but government decisions no matter how well-meaning, should be governed by good thinking.  A mismanaged renovation of the Abuja airport could result in months of avoidable agony and disaster for the Nigerian economy.