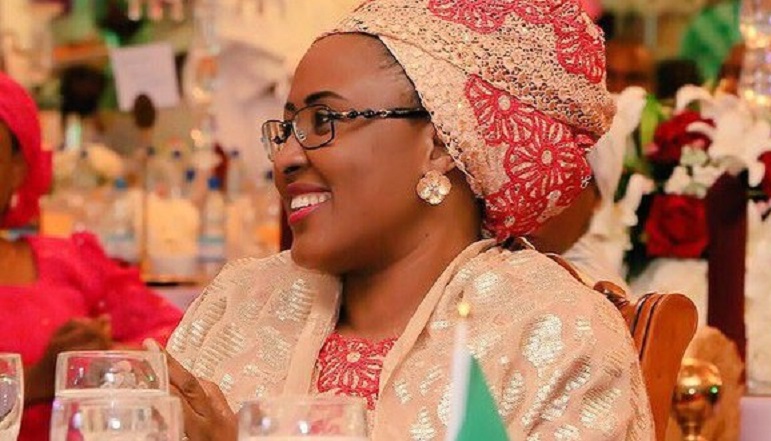 Suleman in a statement issued by his Public Communications Advisor, Phrank Shaibu said some ‘forces’ in Aso Rock were planning to poison the current First Lady (Aisha Buhari) and that the same ‘forces’ will alienate Nigeria’s vice president, Yemi Osinbajo and they will make attempts to remove him from office but God will humble Buhari in 2017.

1. I see terrorism on the increase
2. Federal Government of Nigeria should not relax yet on Boko Haram. It’s a deception.
3. Buhari to face impeachment threats.
4.America and China to have major face-off
5. Crude Oil to flow in Northern Nigeria.
6. Abuja to experience major Fire explosion.
7. Donald Trump to face impeachment attempt as members of congress are divided on his style of leadership.
8. I see an airplane that has Nigeria’s logo (National Carrier)
9. Things will pick up a bit in Nigeria but hunger will persist.
10. I saw people crying over Bamanga Tukur
11. Buhari will be bereaved in 2017
12. Ecobank, Diamond, Fidelity, GTB to retrench staff.
13. President Buhari’s health needs attention
14. 2017 budget will have crises
15. More judges to be humiliated
16. MMM to dupe more Nigerians and I see court cases.
17. Dollar to exchange for N615
18. Recession in Nigeria to become depression in 2017
19.MTN and GLO to face hardship
20. A former First Lady of Nigeria needs prayers over her health.
21. Forces in Aso Rock planning to poison current First Lady (Aisha Buhari)
22. I saw huge number of Chibok girls released; some of them with kids
23. Nnamdi Kanu’s detention to cause international crises. God is angry with Buhari for the continued detention.
24.Donald Trump to favour Israel. American Embassy in Israel to be moved to Jerusalem.
25. Liberian election: CONTINUITY
26. Ghana’s new president to send many to jail.
27. Buhari and Senate to have crucial disagreement.
28. Nigeria’s Budget will be delayed
29. I see killings in Ekiti
30. EFCC to come after National Assembly members in Nigeria in a politically motivated arrests because of their refusal to confirm Magu
31. I see kidnappers entering schools
32. Nigeria will lose a great man of God and the New Year is when the Nigerian government will fight the Church like never before.
33. Some terrorists will be arrested in Lagos
34. Traditional Rulers indicted and arrested for corruption
35. Lufthansa, Dana air, Ghana Air, Aero Contractors; I see staff protests.
36. America to have financial crises.
37. A serving Cabinet Minister in Nigeria will die
38. Nigeria to secure foreign funds
39. Doctors will embark on strike in Nigeria
40. A new Mega party in Nigeria will swallow up APC
41. I see a new leadership for the APC in Nigeria.
42. I see the DSS being taken to court
43.France, Spain, Russia to pray against train going off the rail.
44. I saw a huge school building collapse.
45. Nollywood to pray. They will get help but will lose two major people. The Yoruba movie industry too but prayer can avert it.
46. Fulani herdsmen again! Taraba, Benue, IMO and Jigawa state.
47. Kogi state to organize state prayers to avoid major deaths and natural disasters.
48. Edo state; major celebration but pray against road crashes.
49.I see presidents being removed in Africa, I see presidents being installed.
50.   Two times, Nigeria’s vice president, Yemi Osinbajo, will face removal from office. They will alienate him and they will make attempts to remove him. But God will humble Buhari in 2017