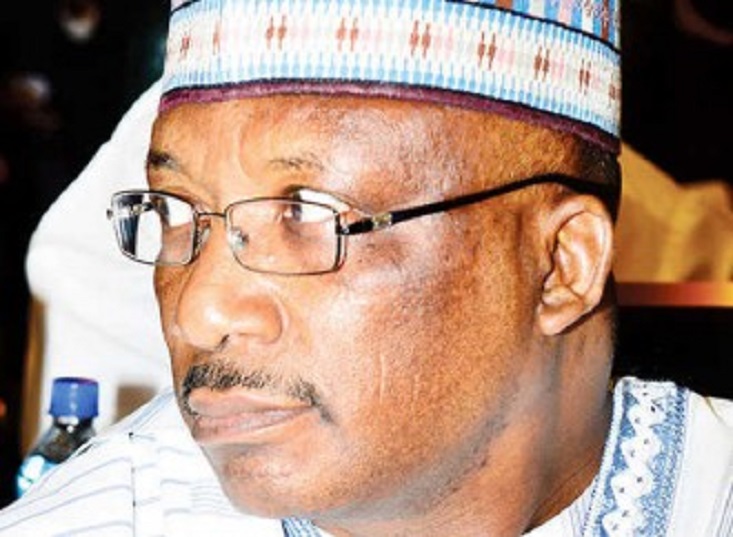 Some years ago, one of the presenters of the BBC’s ‘Heart and Soul’ programme sought to know whether geniuses are born or made? While not fully answering the question, at the hindmost part of the documentary, the presenter stated that, for one to become a genius in any field, the person must practice for at least 10, 000 hours.

Accordingly, in a work entitled: ”Genius Psychology,” an American Psychologist, Dr. Barbara Kerr postulated that the word genius is used in two closely related but different senses. The first sense is referred to the great intellectual ability as measured by performance on a standardized intelligence test, while the second sense deals with the creative ability of an exceptionally high order as demonstrated by actual achievements.

So, in answering the earlier question, Dr. Kerr quoting Leta Hollingsworth stated that geniuses have an IQ of 180 and that this trait is only exhibited by one in every two million people.

Hence, looking at the razzmatazz that greeted President Muhammadu Buhari’s ministerial appointments on the 11th of November, 2015 and how a famous and respected Nigerian columnist expressed doubts on the ability of Lieutenant General Abdurahman Bellow Dambazau Ph.D., a retired general who once commanded one of the most powerful armies in the world as Chief of Army Staff to lead the Ministry of Interior, a ministry he described as ‘Ministry of Para-Military Organizations; thus with one year off the calendar, the in-born genius in Dr. AB Dambazau CFR, the Ochiagha 1 of Egbelu Umuekwune in Ngor Okpala Local Government Area of Imo State has cleared every doubt with his great achievements.

Like other geniuses in history, the Minister started off with a familiarization and stock taking tour of all the agencies and departments under the ministry.

Though there were initial challenges occasioned by the merger of the old Ministry of Interior and the disbanded Ministry of Police Affairs which gave birth to the new Ministry of Interior, but the all-conquering efforts of the Minister towards the restructuring and integration of the new Ministry for efficiency in the delivering of services to the Nigerian public made it a worth-while. His unremitting efforts towards accountability, transparency and the rule of law particularly among the five services and the police force are fascinating! Also, his efforts towards capacity building, re-tooling and re-equipping of the services; particularly the Fire Service, Prison Service, Police Force, Immigration Service and the Civil Defence deserves great commendation.

Similarly, with the commissioning of the 28 Combined Expatriate Residence Permit and Aliens Card Centre as well as 28 operational vehicles, foreign investors who wished to do business in Nigeria no longer have paper challenge to confront with! Before, the centre which now automates all operations for the issuance of Residence Permit to expatriates residing and working in Nigeria only operated in eight states. Hence, the new 28 well structured and equipped centre have created enabling environments for Foreign Direct Investment to strive.

Also, arrangement is now in top gear towards the setting up of a committee that will review all issues associated with the issuance of visas to prospective foreign investors. While not ignoring the passport need of Nigerians, the Minister also established additional passport offices in some states as well as clearing the backlog of visa passport applications within two working days. The Minister is now planning to introduce biometric visa application system in Nigeria by next year.

Also, the Ochiagha came up with a comprehensive national security road map which apart from detailing the national policy on public safety and security, have also provided rules of engagement for security agencies on matters relating to internal security operations.

The Minister also constituted inter-ministerial committee on Aviation Security, a committee whose aim is to provide modalities for training of aviation security officers for improved security at the nation’s airports.

Within one year, the Minister entered in to partnership agreements with the Ministries of Agriculture and Mining and Steel Development to provide security for agricultural investments and secure mining activities in the country which are all in line with the economic diversification policy of the Buhari Administration.

While accepting the offer of technical assistance from America’s Federal Bureau of Investigation as well as partnership with the European Union on border management, counter terrorism, transborder crime, illegal migration and general security challenges, the Minister also adopted some home-grown solutions to overcome the challenges posed by the approximately 4, 500 KM border that are porous and extensive. Outside the Committee on Border Control Management, a standing committee to facilitate the effective management and control of our vast border in the face of growing terrorism and transborder crimes was constituted. Besides combating migrant smuggling and border security, the committee is to identify and compile existing international standards, legislations, strategies, guidelines, procedures among other tasks.

Members of the committee were drawn from the Ministry of Interior, Ministry of Foreign Affairs, Nigerian Immigration Service, Nigerian Police Force, National Drug Law Enforcement Agency, Department of State Security Service, National Agency for the Prohibition of Trafficking in Person, Nigerian Custom Service, Country Representative of the International Organization for Migration and 10 other national agencies.

In similar vein, the Minister also introduced a security system that is linked to international security organizations like the Interpol. The system is composed of multi-biometric technologies capable of generating database of travelers while also conforming to the standards of the International Air Transport Association. The system would also detect and track down the movement of wanted persons in the country. It is because of the unyielding strides of the Honorable Minister that Nigeria experienced an incidence-free Eid-el-Kabir festivity for the first time this year since records of domestic terrorism began in 2010.

Furthermore, because of the embarrassing state of the nation’s prisons; especially how over 70 percent of the inmates are awaiting trial, the Minister with the approval of Mr. President constituted a committee to profile  special detainees languishing in prisons and other special detention centre across the nation. The committee was mandated to conduct detailed profiling of all detainees; categorizing them according to the level of their involvement in crimes as well as recommending action to be taken on them!

The Minister also inaugurated another committee on the Reformation of Prisons in Nigeria. The move is part of his efforts to decongest and secure the nation’s prison facilities. Another stride of the Minister towards prisons decongestion was the directive given to the Nigerian Police Force to stop indiscriminate arrest and detention of innocent citizens. He charged them to conduct detailed investigations before putting suspects behind bars. It is because of the Minister’s strides in this regard, that the Federal Executive Council meeting presided over by President Muhammadu Buhari recently approved the procurement of 320 operational vehicles to be used in conveying inmates to court in order to speed up their trial since 70 percent of the 65, 000 inmates are awaiting trial.

In line with the Local Content Policy of the Buhari Administration, the aforesaid vehicles are to be procured from local manufacturers, assemblers and vendors within the country so as to add value to the economy and create job for the unemployed. Before now, the Nigerian Prison Service used only 18 Black Maria, 12 non functional trucks and 16 ambulances to serve 65, 000 inmates in the nation’s 240 Prison formations while few rickety escort vehicles accompany inmates to the nation’s 5, 022 courts for trial.

Because of the great vision and strides of the Minister as well as his determination to empower inmates with formal and vocational education and skills, the Nigerian Prison Service now have primary, secondary and tertiary institutions training inmates across the nation’s prisons. The tertiary education is as a result of the partnership it entered with the National Open University of Nigeria while at the same time maintaining other skills acquisition programmes like welding, shoe making, dress making and farming activities like poultry and fishing.

While acknowledging the giant strides of Dr. Dambazau, the recently retired Controller-General of the Nigerian Prisons, Dr. Peter Ekpendu had this to say: ”Through the efforts of the Minister of Interior, it is on record today that in the 2016 budget, the Nigerian Prison Service got the highest amount of money allocated to it for its services and to improve our structures. What we got this year is more than what we got in five years altogether.”

Also worthy of mentioning is the inter-ministerial drive initiated by the Minister to reduce the cost of doing business in Nigeria in order to create conducive business climate for both indigenous and foreign investors alike.

The General also introduced an annual Interior Ministry Game Fiesta which the maiden edition took place between October 25 and 29 this year. The aim of the game was to strengthen integration process as well as bridging the lacuna between bureaucracy and operations in the Ministry. The event featured 10 sporting activities among which were; athletics, football, badminton, basketball, volleyball, handball, squash, table tennis, lawn tennis and tug-of-war.

There are many successes accomplished by the Genius-Minister within one year, but because time is not my best ally, I want to end with a quote from Charles de Gaulle by saying ”Nothing great will ever be achieved without great men, and men are great only if they are determined to be so.”

Comrade Edwin Uhara is a Journalist and Public Affairs Commentator.

He writes from Enugu