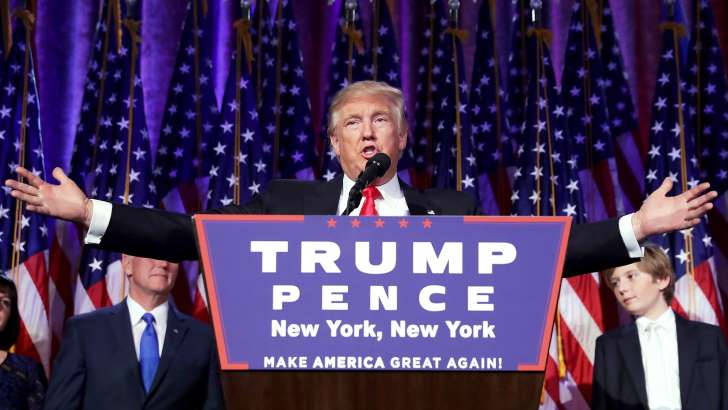 On the 8th of November, 2016, Americans went to the poll to elect the 45th President of the United States and some members of the Congress both in the Senate and House of Representatives. For the fourth time in American History, the President-elect did not win popular vote whereas the person who won the popular vote could not become President-elect. For me and many others interested in American politics, one of the longest and sustained democracies in the world, from which Nigeria adopted her presidential system, it is intriguing how one who has won majority votes of Americans would lose the Presidency to the person who came second in majority votes. We are told that democracy is a system where majority carries the vote. How is it that in American Presidential election, the majority does not carry the vote sometimes? These are some of the posers I intend to interrogate in this analysis.

In the year 2000, Vice President Al Gore was reported to have had 590,000 more votes than George W Bush  but Bush won the election following from the Florida contractions and Electoral College votes. In 2004, John F. Kerry’s inability to gain 60,000 more votes in Ohio gave Bush a second term in office. Earlier, in 1888, Baeyan Harrison was elected President of the United States even though George Cleveland won the popular votes. In 1876, Samuel Tilden beat Rutherford B. Hayes in popular votes but lost the election in a deal known as “Compromise of 1877”. What is democracy if one who wins majority votes nationwide does not win the election?

In my book Political Culture and Democratic Transition and Consolidation in Nigeria (2012), we noted that Democracy, either as a concept or practice, has elicited interesting debate among scholars. It is often conceived following Abraham Lincoln’s slogan as “the government of the people, for the people, and by the people”; but for Giovanni Sartori, a democratic political system is the “one that makes the government responsive and accountable and its effectiveness depends first and foremost on the efficiency and skills of its leadership.” This is done through, as Lispet argues, regular supplies of “constitutional opportunities for changing the governing officials and a social mechanism which permits the largest possible part of the population to influence major decisions by choosing among contenders for political office” just as Schumpeter  aptly sums up the democratic idea as “institutional arrangement for arriving at political decisions which realizes the common good by making the people itself decide issues through the election of individuals who are to assemble in order to carry out its will.” Therefore, the concept of democracy is associated with participation, competition, civil and political liberties.

Ontologically, it is usually asserted that democracy comes from the Greek word, “demos,” meaning people. In all democracies, it is the people who hold the sovereign power over government. In retrospect, the term democracy became current in the middle of the 13th century when the work of Aristotle was translated into Latin as Demokratia by Moerbeke. The concept much later crept into English in the 16th century onward from the French word Democratie. There are more than 550 definitions of democracy in usage but the most popular definition today is associated with Abraham Lincoln’s: “government of the people, by the people, and for the people”.

The idea of democracy thus rests on the prism of government of the people, that explains why Harold J. Laski argued that the “crown is built upon the consent of its subjects”. Democracy is reflected through popular vote which is pragmatic expression of the will of the people at the polls. That means that Popular Vote is an aggregate of all votes from all states, regions and constituencies of a country. In this case, it is an aggregate of all votes from all states of America. The candidate who gets most votes nationwide is believed to have won popular votes, but in the case of America and as it is today, and for the fourth time in American history, the winner of the popular vote Secretary  Hilary Clinton has not been elected President of the United States, because of electoral college votes.

The Electoral College system in America is a creation of the Constitution of the United States borne out of the desire to bequeath equity and balance of power among the States with regard to States where there were more slaves and those with free citizens eligible to vote in elections. Each state is to appoint electors equal to its members in the Congress both House of Representatives and two members of the Senate. The electors must be people who have no interest in running for political office at the time of their appointments.  Those electors will assemble in their representative states on Monday after second Wednesday in December in the year of election to vote for the candidates they represent. Separate ballot will be cast for the President and Vice President after which Electoral College will cease till the next four years. What is the consideration for this approach? An online report states that “The (American) Constitutional Convention of 1787 considered several methods of electing the President, including selection by Congress, by the governors of the states, by the state legislatures, by a special group of Members of Congress chosen by lot, and by direct popular election. Late in the convention, the matter was referred to the Committee of Eleven on Postponed Matters, which devised the Electoral College system in its original form. This plan, which met with widespread approval by the delegates, was incorporated into the final document with only minor changes. It sought to reconcile differing state and federal interests, provide a degree of popular participation in the election, give the less populous states some additional leverage in the process by providing “senatorial” electors, preserve the presidency as independent of Congress, and generally insulate the election process from political manipulation. The Constitution gave each state a number of electors equal to the combined total of its membership in the Senate (two to each state, the “senatorial” electors) and its delegation in the House of Representatives (currently ranging from one to 52 Members). The electors are chosen by the states “in such Manner as the Legislature thereof may direct “(U.S. Constitution, Article II, section 1)”

Despite what intrigues people’s mind where a winner of majority votes do not win the Presidential election, .it is argued that the Electoral College system in America helped the system to eliminate electoral manipulations, it takes care of all classes of people and balances power in each states of the country. No wonder, over the years, apart from the current spate of protest against President-elect Donald Trump (may be because of his person and some aspects of his campaign messages), protests and litigations are hardly recorded in American elections over the years. The Electoral College system has worked well for them. It is prescribed within the law that where no presidential candidate met the 270 required electoral votes, the Congress-House of Representatives will cast vote to elect a president whereas the Senate will cast vote to elect the Vice President.

In Nigeria, it is possible to adopt Electoral College system, perhaps modified in a form of home-grown system suitable to our political culture, to address minority question and agitations. The original idea of Electoral System in America was to address the imbalance in many Southern  states with many number of slaves who had no right to vote against those states with free citizens who had right to vote. Here in Nigeria, the minority question has continued to rear its head in our polity and no matter what any government does, there are always pockets of agitations in all parts of the country. If Electoral College is introduced into the system, it is possible for more of the people to be involved in the electoral process with fewer burdens and pressure on INEC as each state is to appoint their electors in conformity with number of delegation to the National Assembly. Election of the President will not be based on 25% in two-third of the states of the federation and majority of votes cast only, but based on the Electoral College votes. Where no presidential candidate is able to win the required electoral votes to become President, the House of Representatives will elect a president from among the leading presidential contenders across party lines, while the Senate will elect the Vice President. It is arguable, that some principles of democracy are adopted to suit the political culture of a people, yet, I do think that electoral college system as it is in America if adopted here, modified to suit our political culture, will help address minority questions in Nigeria, increase level of political participation, raise the bar of confidence building, acceptability of political leaders, reduce incidences of election rigging and ballot box snatching as well as give room for more engaging political process with resultant effect for more development in effects. After all, we are practicing Presidential system of government adopted from America.