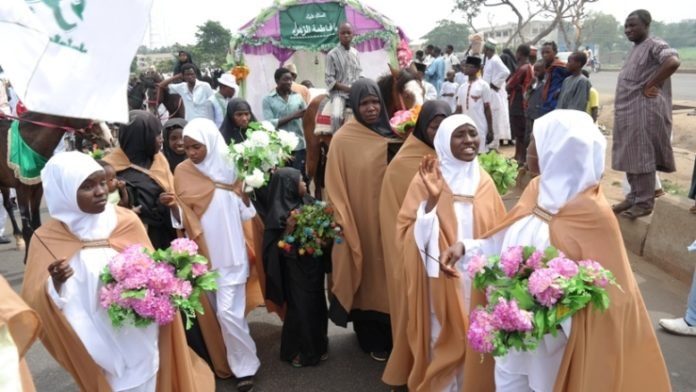 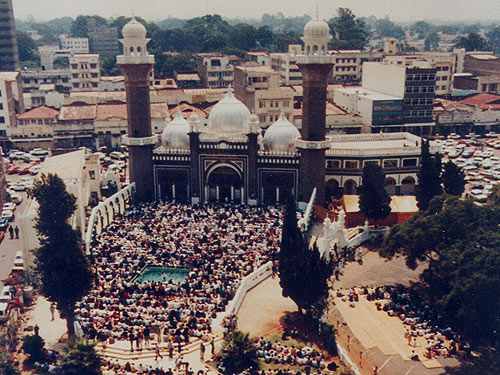 The Jigawa state government has just announced a major state development project: the construction of ninety mosques; three in each of the constituencies. One assumes that this project is a way that the government wants to use to show the people of Nigeria and the world how it is developing the state and using its resources!
Personally, I cannot imagine that this wasteful scheme is being executed under the watch of President Muhammadu Buhari who came to power promising to tackle corruption and curb the misuse of state funds.
Actually, because it has to do with Islam, I do not expect anybody not even President Buhari, or our Emir of Kano to be critical of this project. I do not expect all those who have, in recent years, decried the poverty and marginalization of northern Nigeria by past governments to oppose this scheme. Definitely, I do not expect any of the anti-corruption or change-begins-with-me campaigners to raise a voice or question the justification of using state money to build mosques at a time Nigeria is in recession.
In fact, I do not see the EFCC investigating this project or going after the governor or at least try stopping the government from going ahead with this crazy program.
Yes, it is completely insane for the government of Jigawa and in fact any government in Nigeria to imagine using state money to build mosques at this time. It is a clear indication of how much the government has gotten wrong its priority. It is a demonstration of lack of commitment to improving the welfare of the people
Time and again, the Buhari-led government has said that they did not have money to pay the salary of workers, or to repair the roads, improve power supply, put in place poverty alleviation schemes and embark on critical infrastructural development. In fact, the government is trying to secure loans for development projects. And now a state government is opening inviting companies to come and bid for the construction of mosques, of mosques not schools, not hospitals, not rails, yes of mosques.
I mean what is wrong with us as people and as a nation? When are we going to wake up from this slumber? When are going to stop making ourselves a laughing stock? What kind of impression do we think that people will have of Nigeria when they hear that a state government wants to build mosques when the country is in recession and is trying to borrow money from China? What happened to our political intelligence? If Jigawa has money to build mosques in different constituencies, why not use it to pay workers or provide free education programs to youths and students in the state? Why not use the money to support and subsidize business and entrepreneurial schemes?
I mean, how is the construction of mosques a development priority in a state like Jigawa? In fact, what is the developmental value of such a project? Who will be employed in these mosques? Imams? What will they be doing? Organizing prayers? How is conducting prayers going to add to the GDP of people in Jigawa? How will it help reduce the poverty and grow the economy in the region?
Is it the duty of state governments to build places of worship for Muslims? Again embarking on such a venture, is it not officially funding the promotion of Islam and then discriminating against Nigerians in the state who profess others religions or none? Are muslims in the state complaining that they do not have places of worship? Even if there are such complaints, is it not the business of such muslims to construct their own places of worship? How is that the business of the state to build mosques?
So in a country that is hit by a recession, using state money to construct mosques is utterly irresponsible. It does not make economic or political sense. It does not make constitutional sense. Yes, it is like fiddling while Rome burns!