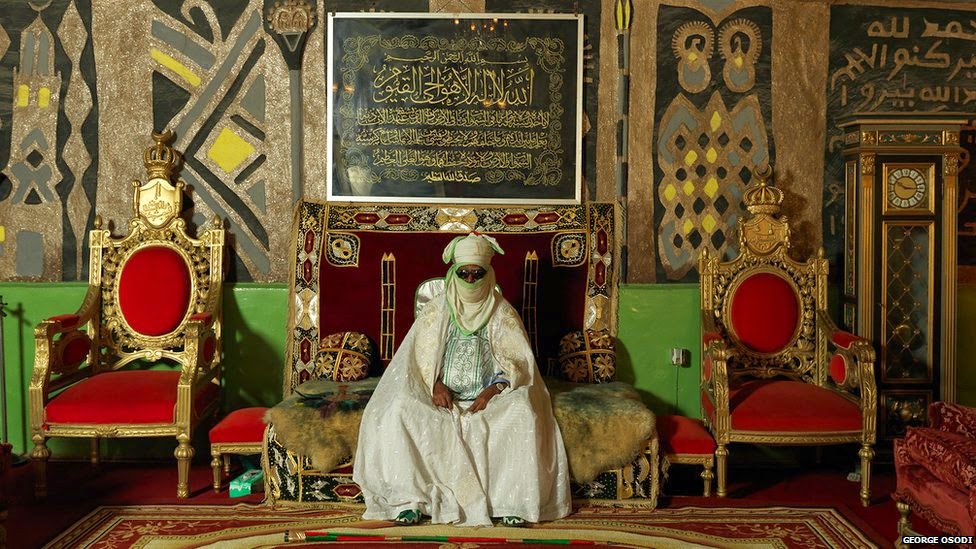 The family of Mr Isiyaku Tanko of Warkaza community in Kudun Kankara Local Government Area of Katsina State yesterday accused the Emir of Katsina of forcefully abducting and marrying their 14 years daughter, Habiba Isiyaku, denying her of her constitutional rights.

Habiba was said to have been abducted on the 16th August, 2016 by an official of Emir of Katsina and satff in the Palace, Jamilu Lawal.

Speaking to journalists in Abuja, father of Habiba, Mr IsiyakuTanko who spoke through his lawyer, Barr Yakubu Bawa decried the manner which the Emir Palace manhandled him in his attempt to secure his daughter.

He also complained about the mishandling of the matter by both the Inspector General of Police, Ibrahim Idris and the Katsina State Commissioner of Police, Usman Abdullahi.

Speaking on the matter, Barr Bawa said: “Because she is under a guardian and the control of her parents, now until she clocks 18 that’s the age of maturity and accountability. The second point is that Habiba cannot be forcefully converted to Islam by the Emir of Katsina, His Royal Highness, Alhaji AbdulMumin Kabiru usman.

“He has no right to do that. The third point to look at is the fact that the commissioner of Police; this was a helpless man, a vulnerable man that called Stefanos Foundation to come to his aid to secure the release of his daughter.

“And when the CP summoned the parties concerned in his office, what baffled me and my heart is still bleeding is the fact that ordinary security detail gave an instruction that Emir has instructed him that when the girl was brought to his office that he’s under instruction to bring back the girl to the of Palace of the Emir.”

“And yet the CP that who has the entire command under his control could not even take a position but unfortunately succumbed to the instruction of an ordinary detail and release that girl back to the Palace.

“He instructed the man to go the Palace the following day and receive his daughter. For me, with due respect, the CP has failed in his constitutional duties as enshrined in the Police Act.

“On reaching the Emir Police, all that this man will be confronted with was for him to sit on the floor and the Emir demand to introduce the matter through his aide, the Kilishin Katsina to tell him that, come, since your daughter has converted, she came with Hijab. She couldn’t look at her mum and her father. He said since she has converted, there is a big barrier between you and your daughter now.

“The man said if my daughter has converted to Islam, give me my daughter to go and practice her newly found faith in my house. The Kilishin Katsina said no, that it’s not possible.”

Bawa stated “the Emir then said that the man has committed a crime, he was compelled under duress, in this statement, they forced the man to say that the complaint he made to the Police was not true. He left the palace shattered, broken, helpless and emotional broken.

“Habiba is about clocking two months now in captivity” Bawa described  “the abduction and procurement of a Christian minor, Habiba Isiyaku by the Emir of Katsina as vicious, barbaric, callous acts and atrocities done to Christians not only in katsina but the entire north west of Nigeria.”

Also speaking, an official of Stefanos Foundation, a non-governmental organisation  (NGO), Mr Mark Lipdo decried the  pain the family have been going through since the forceful abduction of their daughter.

Lipdo further stated that “Habiba  is expected to clock 15 years on Saturday, 15th October, 2016 and would have resume school in the new academic  term.”

It was also revealed that attempts to make the IG of Police, Idris  intervene in the matter received no positive response from Police Headquarters in Abuja.

Mr Idris also failed to respond to the letter forwarded to his office calling on the Police to secure Habiba from her abductors and Emir Palace.

To make matter worst, the Christian Association of Nigeria (CAN) were said to have failed to show commitment in rescuing Habiba. Even when they were contacted in October, the dilly-dally approach adopted discourage the family from pushing forward.