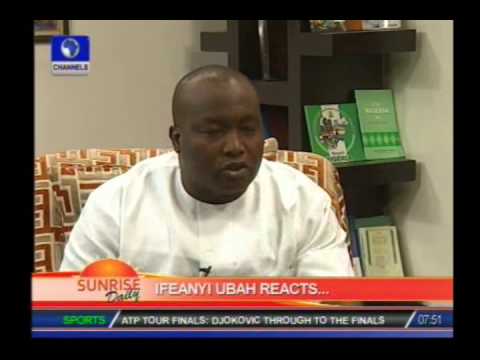 “We are not in a financial crisis. We are in knowledge crisis.” – Robert Kiyosaki

There is this story of proverbial rescued failed ship and impeccability of sound and uncommon informal knowledge. The ship’s owners tried one expert after another, but none of them could figure out how to fix the failed engine of the ship. They went as far as hiring the services of Professors of Mechanical Engineering and Technocrats with vast expertise in machine designs from Ivy League Universities and automobile industries. These highly rated experts tried to resuscitate the failed ship engine but no avail. As the owners of the ship were about giving up, they came up with an idea to try an old man who been in the business of fixing boat engines for decades since the days of his childhood. He carried a large bag of tools with him, and when he arrived, he immediately went to work. He inspected the engine very carefully, from top to bottom.

Two of the ship’s owners were there, watching this man, hoping he would know what to do. After looking things over, the old man reached into his bag and pulled out a small hammer. He gently tapped something. Instantly, the engine lurched into life. He carefully put his hammer away. Behold the engine was fixed! A week later, the owners received a bill from the old man for ten thousand dollars. “What?!” the owners exclaimed. “He hardly did anything!” So they wrote the old man a note saying, “Please send us an itemized bill.” The old man sent a bill that read: Tapping with a hammer—$2.00, knowing where to tap—$9,998.00. Grand Total=$10, 000, 00.

Like him or hate him, Dr Ifeanyi Ubah is a young man from humble background, whose sheer hard work and ingenuity propelled to enviable height of greatness and international reckoning. He has always come to the rescue of Nigerian economy whenever the cabal and cartel are almost having their way.

Not too long ago, his patriotic intervention helped in resolving petrol crisis that nearly crippled the economy of Nigeria, when President Buhari was sworn as Nigerian President newly. Courageous and nationalist zeal of Dr Ifeanyi Ubah broke the monopoly of oil marketers who wanted to hold the entire nation to bondage using non-payment of subside claims as flimsy excuse.

After observing the strangulation of small businesses and sufferings of Nigerians, as a result of hitherto depreciating Naira which reached all-time low of N400/$, Dr Ifeanyi Ubah in his magnanimity, threw in the same magic wand again into the foreign Exchange market, via his masterstroke economic lexicon termed; Ubahnomics, which has  rescued Nigeria’s legal tender, Naira from its previously free fall and saved the nation’s fragile economy from colossal and monumental collapse, especially when all the government institutions saddled with the responsible of regulating the nation’s monetary and fiscal policies had ran out of ideas on how to reinvent the local currency and resuscitate the ailing economy.

President John. F. Kennedy of America, in one of his inspirational speeches said: “The problems of the world cannot possibly be solved by sceptics or cynics whose horizons are limited by the obvious realities. We need men who can dream of things that never were and ask why not?” it is now obvious that Dr Ifeanyi Ubah decided to asked this important question just to save the economy not minding who takes the credit.

Economic pundits cum proponents and opponents of devaluation of Naira were engaging each other in intense intellectual fireworks on how to save the Naira from more depreciation; little did they know that solutions to our economic predicaments did not lay in their wild goose chase argument. Some social commentators attributed free fall of Naira to dwindling oil prices in the international market and over dependence of Nigerian populace on imported goods and services, together with increasing demand for foreign certificates and medical tourisms abroad. The likes of Prof Wole Soyinka   and Pat Utomi called for convocation of an emergency economic summit to find solutions to hitherto fledging Naira.

The critics of President Buhari’s Economic Team had a field day casting aspersions on the lacklustre, inconsistent and reactive tendencies of his economic managers, for not being proactive and prospective enough in stemming the hitherto nose-diving of the Naira, which instigated a chain reaction of inflation and untold economic hardship on hapless Nigerians.

When critics were calling for the head of President Buhari for Naira depreciation, Dr Ifeanyi Ubah was busy plotting the graph on how to recuse Naira using informal and practical economic policy by asking the following questions: was Nigeria the only nation hit by falling oil prices in the international market? Why would Naira depreciate faster than any other currency of the world in less than two weeks? Was Nigeria the only nation whose economy is import-dependent? Are we the only nation making most of its foreign exchange earnings from crude oil sale? Even when the President Buhari refused to approve devaluation of Naira, which steadied official (CBN) exchange rate at 197, Naira kept plummeting like javelin, what might be the cause?

After long introspection and postulations on the fate of hitherto depreciating Naira and dwindling economy, Dr Ifeanyi Ubah threw his first salvo when he went on Channels TV to declare his intention to save the economy via introduction of Ubahnomics—practical and workable economic policy. He pledged to stake his N500 billion worth of assets, by forfeiting them to Federal Government, if his Ubahnomics failed to save the Naira from further depreciation within 30 days, if consulted. Just by mere mentioning of Ubahnomics, which was conceptualized and promulgated by no other person than Dr Patrick Ifeanyi Ubah. Low and behold, it worked! Within couple of days, Naira jerked back to N250/$ instead of previous exorbitant rate of N400/$.

Can anyone doubt again the indefatigability of this Financial Genius called Dr Ifeanyi Ubah? The de facto CBN Governor! Ubahnomics sent jitters down the nervous spine of foreign exchange speculators, who made a kill by outsmarting regulators through unimaginable round-tripping and rent-seeking, which pushed the poor currency—Naira, into cesspool of depreciation and unofficial devaluation. Dr Ifeanyi Ubah’s unofficial, un-academic and informal monetary policy did not only rescue President Buhari and his lacklustre Economic Team (if any), from the anger of economically frustrated Nigerians, but affirmed the age-long quote of Albert Einstein when he said: “Education is what remains after one has forgotten what he learned in school.”

The effectiveness and practicability of Ubahnomics in resolving this foreign exchange turbulence, has proved that solutions to the nation’s economic crisis does not lay on the shoulders of MBAs holders from Harvard University or Massachusetts Institute of Technology (MIT), who dwell so much on out-dated and impractical economic jargons, but on practical economists like Ifeanyi Ubah, who has turned thousand into millions and million into billions of dollars.

President Obama being a Democrat yet appointed a Republican, Robert Gates as his Defence Secretary in overall interest of National Security of Americans. President Buhari should look beyond political affiliation and make Dr Ifeanyi Ubah his Economic Consultant and member of his yet to be constituted Economic Management Team in the interest of the nation’s economic revival, because in seeing; we believed.

Nwobodo Chidiebere wrote in from Abuja.