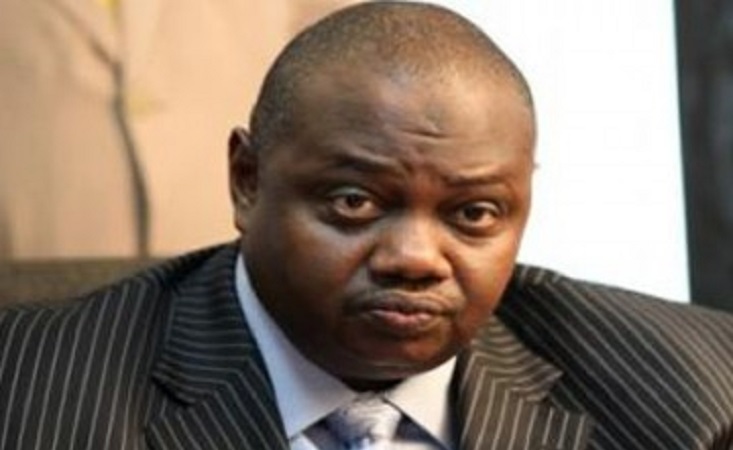 Detailed accounts of how the former Chairman of the Economic and Financial Crimes Commission (EFCC) Mr. Ibrahim Lamode manipulated the Code of Conduct Bureau (CCB) and Tribunal (CCT) to instigate the trial of the Senate President, Dr. Bukola Saraki on spurious charges of false assets declaration have been uncovered.

Saraki’s sudden trial initiated more than 13 years he left office as governor of Kwara State was said to have been orchestrated by Lamode to hit back at Saraki over the insistence of the Senate to probe him on the alleged diversion of about one trillion naira recovered as loots from convicted fraudsters.

It is revealed that the sacked EFCC boss put the embattled chairman of the Code of Conduct Tribunal Mr. Danladi Yakubu Umar under intense pressure to convict the Senate President within one week.

Lamode who had been shielding the CCT Chairman from probe over a N10m bribery scandal since 2012 was said to have summoned Justice Umar to his office and instructed him do the alleged hatchet’s job or risked being exposed on his dirty past and face prosecution.

The CCT boss, in a desperate move to satisfy Lamode and to continue to enjoy the cover-up in the N10m bribery scandal, was said to have swallowed the bait by agreeing to do the bidding of the ex EFCC boss at the expense of the Senate President.

Lamode had on March 5, 2015 authorised a memo to the then secretary to the Government of the Federation (SGF) confirming details of how in 2012 the CCT boss demaned for a bribe of N10m from a former Deputy Comptroller General of customs Mr. Rasheed Taiwo and later accepted a part payment of N1.8m.

The N10m bribe was said to have been demanded by the CCT Chairman from the said Rasheed Taiwo to quash a charge of false asset declaration against him.

Lamode in the memo with Reference No EFCC/EC/SGF/03/56 informed the SGF that upon interrogation, the CCT boss in writing admitted meeting the said Rasheed Taiwo privately in his chamber and that he (CCT boss) also admitted using his phone to send bank account detail to Taiwo to pay the bribe in a Zenith Bank Account.

The letter read in part “We refer to your letter ref. no. SGF.19./S.24/II/451 and dated 23rd February, 2015 on the above mentioned case reported by one Mr. Rasheed Taiwo (DCG rtd) of 6AB Milverton Road, Lagos against the Chairman of the Code of Conduct Tribunal Justice Danladi Umar and his Personal Assistant one Gambo Abdullahi”.

“The complainant who is facing charges at the Code of Conduct Tribunal alleged that Justice Umar made direct demand for the sum of N10 million to quash the charges sometimes in 2012”.

“He disclosed that he was compelled to pay the sum of N1.8M after persistent inundation with phone calls from Justice Umar, who received the bribe through the Zenith Bank account of one Ali Gambo Abdullahi, his Personal Assistant in December, 2012”.

“Investigation was extended to one Hon. Justice G.A Oguntade (Rtd) who confirmed that the complainant informed him in 2012 of the issues he had at the Tribunal and the demand being made by Justice Umar. He disclosed that Justice Umar denied the allegation when he called him”.

“There is a prima facie evidence to however prosecute the Personal Assistant, Abdullahi, who could offer no coherent excuse for receiving N1.8M into his salary account from Taiwo, who is an accused person standing trial at the Tribunal”.

“The full money has been recovered from him in May, 2014 and aptly registered as exhibit. The fact that he made two contradictory statements on the reason he was paid the money, is clearly an attempt to cover up on the reason the money was paid to him”.

“He has accordingly been charged to court in charge no. CR/137/2015 pending at the High Court of FCT, Abuja”.

Lamode who had buried the case file of the CCT boss in his office since 2012 when the alleged bribed was received was reported to have exhumed the file and used same to threaten and harass Justice Umar to either deal with Saraki for him or be exposed on his shady deals in the CCT.

Commenting on the finding, the National Coordinator of Save Nigeria Group (SNG) Barrister Bernedict Ezeagu confirmed that the conspiracy by Lamode to use the CCT to settle scores with Saraki had been uncovered.

“Shortly after the bribe saga broke out, two members of the CCT petitioned their chairman, queried his morality and vowed never to set in judgment with him”.

“Mr. Umar was brought back urgently by certain interest to do a hatchet job so that he can be left off the hook, and his sudden recall from his administrative bail under the current Buhari-led regime in spite of the available monumental evidence implicating him in the corruption allegation made against him and against the advice of the offices of the AGF, EFCC, CJN and SGF among others is a despicable political rather than judicial action which is destroying the criminal justice administration in the country as well as makes jest of the avowed anti-corruption fight of the current Buhari-led administration”.

“Considering the weight of allegation and the monumental evidence against Mr. Umar it is our firm conclusion that he no longer has any moral basis or dependable reputation to sit in judgment against Mr. Taiwo and other accused persons brought or expected to appear before the CCT and should quit that position immediately”.