Home Press Releases Back Off, Plan To Arrest Tambuwal Is Recipe For Chaos, APC Cautions... 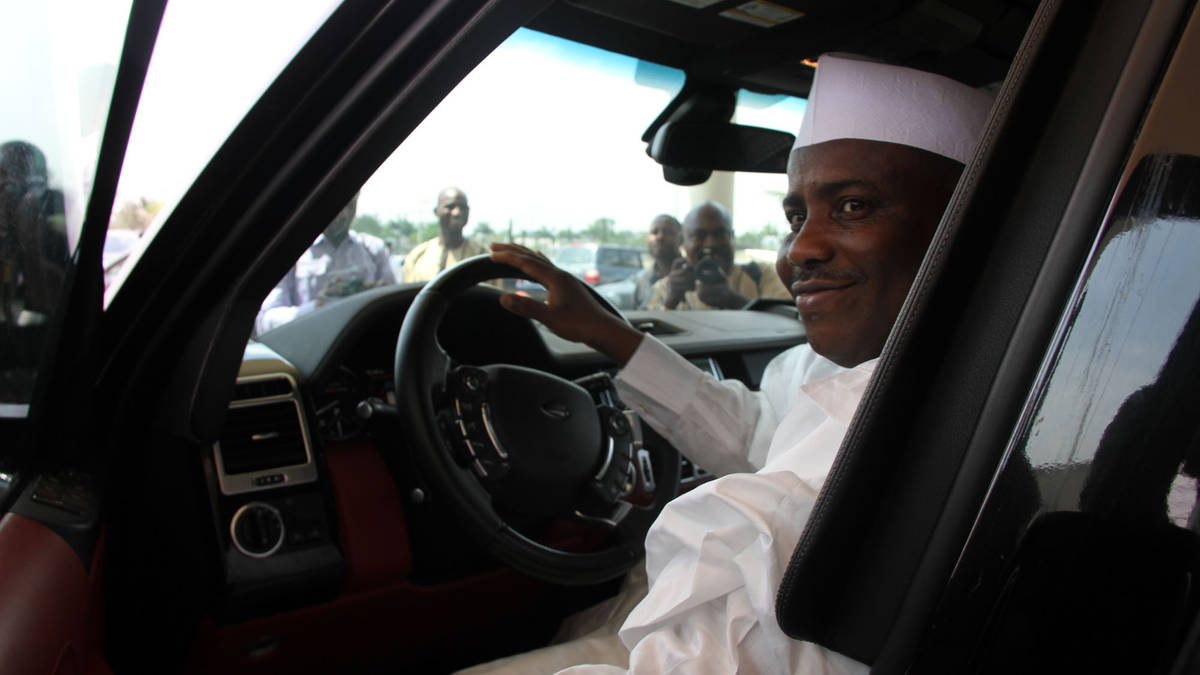 The All Progressives Congress (APC) has warned that the reported plan hatched by the Presidency to arrest House of Representatives Speaker Aminu Tambuwal could trigger a crisis that will be fatal for the nation’s democracy, hence there is the need to jettison the plan out of abundance of caution.In a statement issued in Ijebu-Ode, Ogun State, on Saturday by its National Publicity Secretary, Alhaji Lai Mohammed, the party said the federal government will be pouring petrol on a naked fired by arresting the Speaker, following the failed attempt to prevent him from accessing the National Assembly to preside over the affairs of the House of Representatives on Thursday, and also in an apparent attempt to halt the current move to impeach the President.
”Published reports have corroborated what we know: That the plan on Thursday was to prevent Tambuwal from entering the National Assembly to pave the way for his Deputy, Emeke Ihedioha, who had already been allowed into the House, to preside over the removal of the Speaker. Were it not so, why would the police even try to seize the mace from the Sergeant-at-arms, as reported? Why would the police detain the Sergeant-at-arms for his refusal? What is the business of the police with the mace, which is the House’s symbol of authority? ”It has also now been corroborated that the plan hatched by the PDP and the Presidency was to give Tambuwal the ”Ekiti treatment”, in which seven PDP members removed the Speaker in a 26-member House of Assembly. But for the quick thinking and action by the Honorable members who scaled the gate to access the Assembly, that plan would have succeeded and Tambuwal would have been removed as Speaker, the consequences of which no one would have been able to foretell.”Therefore, instead of pillorying those who scaled the gate, we should be commending them for risking their lives to save our democracy. Those who shut the gate against the lawmakers and barred them from carrying out their constitutional duties are the villains, not the honorable members who acted in the nation’s interest,” it said.APC said the ceaseless hounding of Rt Hon Tambuwal by the President and the PDP is patently provocative, to say the least, and calls into question the stated commitment of the Jonathan Administration to the rule of law.”In the eyes of the law, Rt. Hon. Tambuwal remains the Speaker of the House of Representatives, despite his defection from the PDP to the APC. No matter what the PDP and the Presidency may feel, they are not the court of law, which is the only body that can make a definite pronouncement on the fate of the Speaker.”The Speaker also remains the number two man in the hierarchy of the Legislative Arm of government, which is distinct from the Executive Arm headed by the President. It is therefore not only unconstitutional but also anti-democratic and anarchic for the PDP-led government of President Goodluck Jonathan to continue to hound the Speaker and desecrate the hallowed chambers of the National Assembly, using the police force that has now become the enforcement arm of the ruling party, having dropped all pretences to neutrality and professionalism,” APC said.The party said at a time the political atmosphere has become so charged by the government-backed police assault on the National Assembly, it is a perilous game to seek to arrest the Speaker, for whatever reason, unless of course the Administration is bent on deliberately plunging the nation into crisis.”It is difficult to fathom the reason behind the government’s increasing resort to recklessness, but it may not be unconnected with the rising desperation by the ruling PDP to hold on to power at all cost. Perhaps now that it has started seeing the handwriting on the wall with Nigerians clamouring for change, this government may be tilting towards its last option of throwing the nation into crisis to prevent the 2015 elections from holding.”We are therefore calling on all men and women of good conscience, especially those who have the ears of the President, to prevail on him not to push the nation into any worse crisis than it is currently encountering. With terrorists daily killing and maiming Nigerians, forcing more than 1.5 million people to flee their homes and threatening the nation’s territorial integrity, the government’s trifling is baffling, and should stop forthwith,” it said.Alhaji Lai MohammedNational Publicity SecretaryAll Progressives Congress (APC)Ijebu-Ode, Nov. 2nd 2014