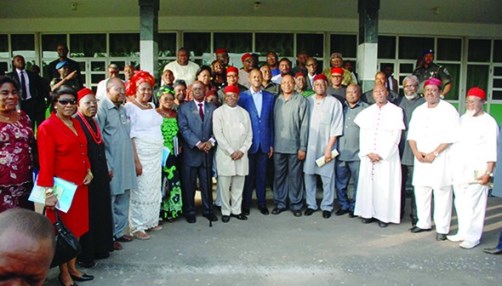 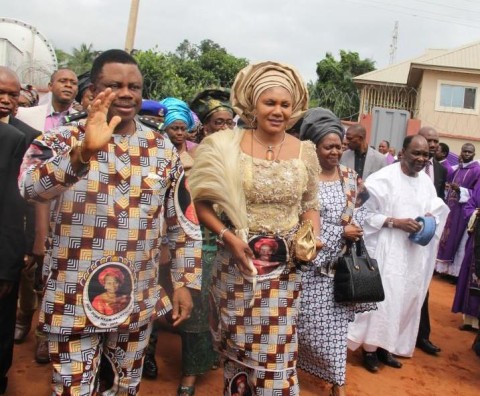 The governor of Anambra State, Chief Willie Obiano has made a case for a more aggressive approach to the development of the South East in a manner that would ensure its survival as an economic block.

In an address at this year’s edition of the World Igbo Congress in Houston titled “Laying the Foundations of Hope, Chief Obiano argued that as true sons and daughters of the great Igbo ancestors who had mastered the art of democratic leadership long before the arrival of the colonial masters, Ndigbo must define the challenges of the present time and rise to them.

Chief Obiano who was represented at the Congress by his wife Chief Mrs Ebelechukwu Obiano further noted that the Igbo of the 21st century has evolved dramatically over the years to the growing acknowledgement of the attentive world but regretted that in spite of the individual accomplishments of Ndigbo, Igboland has continued to suffer economic neglect.

Articulating his position on the least considered response to the threat of Boko Haram against Igbos and their businesses in the Northern parts of the country, Chief Obiano argued that the time has come to build the economy of the South East to serve as a safe harbor to Igbo merchants who face life-threatening situations in different hostile locations across the world.

Said he; “It has been said that more often than not Ndigbo have often risen to the height of political cohesiveness when pushed to the wall or faced with the threat of extinction. Those who hold this view usually point at the Biafran War as an instance when our people lived out the true meaning of the well-known Igbo maxim of Onye aghana nwanne ya. But the ability of Ndigbo to cohere as a group when faced with extinction has been repeatedly challenged in recent times by the endless onslaught of Boko Haram in the North. As no true Nigerian leader will advocate an armed resistance to Boko Haram by any geo-political zone in the country, the question I would like to really ask is, when will the persistent threat of Boko Haram provoke Ndigbo into re-inventing the South East geographical zone?”

The governor further observed that as economic migrants, Ndigbo have have mastered the art of survival in unfriendly territories but without a viable economic homeland of their own, they will continue to fall victims to violent arguments between brothers in their adopted homes.

Said he;  “the time has come to envision an economic future for our people – to build a vibrant economic block across the Niger where the famous business talent of our people will find expression in a more secure and friendly home.”

According to him, unlike their ancestors, “the Igbo in the 21st Century is not limited by the confines of culture and geography. Unlike his forefathers, the 21st Century Igbo has long exploded on the global stage, influencing and being influenced, contributing and borrowing from the diverse cultures of our time.”

Governor Obiano further observed that, Ndigbo have excelled on all fields as distinguished scholars, academics, scientists, writers, painters and historians.  But it is however sad that ever since the end of the Biafran War, Igbo achievements have remained largely abroad. I stand to be corrected but it is mostly true that since the blast of the last gunshot of the Biafran War, no significant Igbo scientific genius has happened on Igbo soil.”

The governor maintained that as individuals, Ndigbo have distinguished themselves wherever they found themselves and have proven to humanity that they are just as good as any other socio-cultural group on God’s green earth, but they have yet to transform Igboland into a modern wonderland with their famous Igbo genius.

Said he; “time and time again, it has been proven that our inability to draw the attention of the world to Igboland with our genius is not for want of talent or greatness but essentially because of our inability to work together as a socio-political group in the turbulent political theater of Nigeria. This political immaturity has turned Ndigbo into a silent majority in a political universe where power belongs only to the people who have the audacity to grab it with both hands.”

Governor Obiano however reasoned that all hope was not lost for Ndigbo as could be seen with initiatives like the World Igbo Congress, observing that “so long as we can still come together under one roof to look at the grave issues of our collective survival as an ethnic nation of our own, there will always be light at the end of the tunnel.”