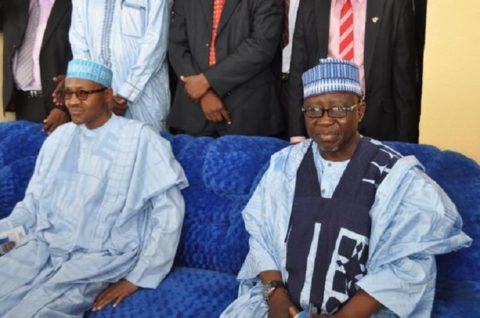 By Rabiu Omaku,LafiaThe Speaker of Nasarawa state House ofAssembly, Alhaji Musa Ahmed on Monday, directed the Clerk of the House to serve Gov.Umaru Tanko Al-Makura with notice of impeachment for gross misconduct.This followed a motion of public interest raised by the Deputy majority leader of the house, Mr.Yahaya Usman (PDP-Umaisha/Ugya)during the house plenary in Lafia.He presented a document containing allegations of gross misconduct against the governor, which he said was signed by 20 of the 24 members of the Assembly.He said “Iam on my feet to raise a motion under the matter of public interest and I will go direct to read the document I have in my hand,this is a notice of impeachment of Gov.Tanko Al-Makura of Nasarawa state for gross misconduct.“And for the violation of the constitution of the Federal Republic of Nigeria 1999 as amended, to day being the 14th July, 2014, the twenty members of the twenty four members of this house unanimously endorsed to serve Gov.Tanko Al-Makura notice of impeachment.Mohammed Okpede,(PDP-Doma North) the chief whip of the house seconded the motion to serve Gov.Tanko Al-Makura with the impeachment notice over his gross misconduct.

Alh.Musa Ahmed,(PDP-Nasarawa Central)the Speaker of the house, who officially received the impeachment notice said they had complied with the provision of the constitution, to serve the governor with an impeachment notice.

The Speaker subsequently directed the Clerk of the house to serve the impeachment notices to Gov.Tanko Al-Makura immediately today July 14,2014.

He said “While In the event,that his excellency, Gov.Tanko Al-Makura could not be reached for service, the clerk is directed to serve him with the impeachment notice through the media