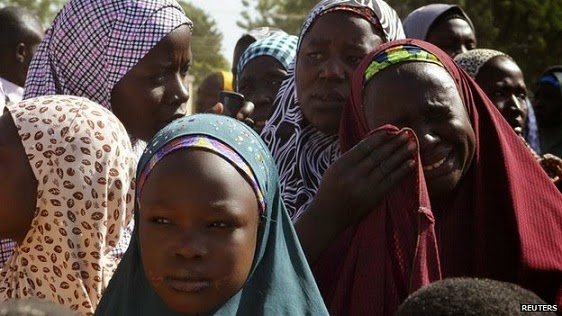 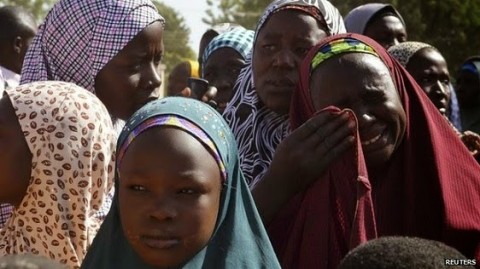 National Association of Nigerian Students has condemned the abduction of the 234 Female Students of Government Girls Secondary Chibok, Borno State.

The Association in a communique issued at the ends of its zonal meeting held at Federal Cooperative College Kaduna, and made available to247ureports.com by Comrade Kassim Abubakar Gamawa (Sardaunan Gamji) Senior Special Assistant on Media & Publicity  to the Association, said that the Abduction was inhuman and senseless.

“We condemn this barbaric act in strongest term.

“We call on the authorities concerned to put all the needed efforts to free these innocent girls and get them to continue with their studies.’’

The statement said it was quite unfortunate and painful that despite the state of emergency imposed on Borno,“ this horrific act could still happen.

“NANS sympathises with the victims, their teachers and families and pray Allah to end their agony in the shortest time possible.’’

The statement called on Muslims in the country to intensify prayers “so that Allah will unveil and deal with the perpetrators.”

According to the statement NANS also condemned the recent bomb blasts in Nyanya, Abuja, and the continued killings of Nigerian Citizens in the North-Eastern part of Nigeria with impunity by the Boko Haram insurgents.

The Association also condole the bereaved families and pray for quick recovery of those injured, and call on the government and security agencies at all level to intensify and expedite action in curbing the insecurity situations in Nigeria.

The Association further condemned in totality Nigerian security Agent’s
harassement meted to the members of Academics Staff Union of Polytechnics (ASUP), Colleges of Education Academics Staff Union (COEASU) and National Association of Polytechnics Students (NAPS) during the peaceful protest on the lingering crisis between ASUP/COEASU and Federal Government recently in Abuja.

The statement also said the leadership of the NANS Zone “A” Stakeholders Forum and the congress decried the delay in calling for the National Convention by the National Executive of NANS under the leadership of Comrade Yinka Gbadebo as their one year tenure has elapsed since last December 2014 as stipulated and inscribed in the NANS Constitution and Chartered of Demands.

However, the Stakeholders Forum of NANS Zone “A” is mandating the leadership of NANS to as a matter of urgency conduct the National Convention on 12th-15th June, 2014.

The Congress recognised Comrade John Shima of Benue State University Makurdi as the Acting Senate President of the National Association of Nigerian Students (NANS) following the demise of the late Senate President Comrade Donald Onukaogu as the NANS constitution demands.

The Forum has resolved to support whoever will emerges as the next NANS President from the Zone for the purpose of unity as no faction will be tolerated, as such, the unity of the zone can. Not be compromised. The Zone hereby disassociates itself from any prospecting preconvention but convention proper.