While tin foil conspiracies and loaded injustices trade places with piety and justice the likes of the former governor of Abia state in the person of Orji Uzor Kalu [OUK] continues in the shameless gloat of ill-gotten gangsterism and simple inhumane greed for the mere satisfaction of a childish ego.

Orji Uzor Kalu’s coming to the scene in Abia state saw mischief on the doorsteps of every decent citizen of the beloved state in his 8 years as governor of the state. He sought it unnecessary to develop certain aspects of what to build or develop a befitting state capital. Rather he sought to parade himself as an empty netted vessel around the hallow praises of chartered journalists and yeoman.

In OUK’s 8years as the governor of Abia State, he collected a little over N500billion from the federated state accounts as state allocations. With the said amount, he was able to achieve many fete. He was able to erect a greed-ridden mansion at his home country village of Igbere – of the type never witnessed in Abia State. He was able to revamp his Sun Newspaper into one of the leading national dailies in Nigeria. He was able to kit up his mother from an ordinary mother to the Queen Mother of all Abians. He was able to purchase priced properties across the nation and across the world.

Adding muster to the already fermenting soup, OUK’s residence in Abuja is located across the street from the Presidential complex at the Aso Villa. He was able to use the N500billion to rebuild his ailing Sluk Airlines – to operate as a national carrier of a central African country. He was able to name the Abia State liaison office in Abuja – after himself. He egotistically named it the Orji Uzor Kalu’s house. A simple exhibition of carnal hatred for the people of his State.

Meanwhile in Abia State, the odorous leftovers of the hateful governor lingers causing a quiver to the smooth sail of the current administration. This is so partly because he was not able to utilize any part of the N500billion to erect a befitting secretariat for the civil servants of Abia State – who toil daily to ensure the state remains a working state. He sought it unnecessary to erect a government house or a government lounge or a conference center.

But the OUK egotistical showmanship and nihilistic antecedents goes beyond his inability to lay the foundations upon which subsequent administrations can stand to develop and/or move the state further. Rather he actually placed himself as the major obstacle against development of the state. Acting in combination with his praise singers.

Acting in combination with praise singers who often are clothed in the regalia of pressmen and presswomen, who stand to rain unmitigated insults and fabricated propaganda projectiles aimed at halting what progress the State of Abia against what appears a ray of progress being witnessed under the leadership of Governor Theodore A. Orji. Such progress as the erection of befitting infrastructural edifice for bedrock administrative structures necessary for the smooth running of a state government – the-likes of new modern structure erected for the High Court in Umuahia, the modern structure erected for the Abia Broadcasting Station, the remodeling and modernization of select secondary school in each of the local governments in the State, the building of three major markets in Umuahia to aid the decongestion of Umuahia – as the capital city, the erection of a world class conference center, the erection of a modern E-Library, a skill acquisition center, the erection of a befitting office complex foe the Abia State Environmental Agency, the remodeling and modernization of the numerous diagnostic centers in Umuahia to include Dialysis centers [already in the month of February 51 patients were handled at one of the centers], the erection of a comprehensive and modern Bus/Car park with lounging amenities and markets, etc.

These seemingly progressive steps which is hoped would serve as a breath of fresh hope for the eventual betterment of Abia State for the future generation to come – appears not to sit well with the former governor and his paid praise singers. They forget to see the obvious and the gains in collective achievement in moving the wheels of progress towards the generally agreed direction. Rather, they point to areas where the present governor or administration may have not touched – largely due to limited resources. More often, they point to the road networks in Aba as symptomatic of the maladministration plaguing the current administration. But they forget or rather fail to realize that the former governor may have had a hand in the dilapidated nature of Aba. The former governor’s inability to develop any one of the sectors in Abia State – made it virtually impossible for any coming administration to hit the ground running. OUK failed to address the issue of Aba – he passed the buck to the Ochendo administration. And after 8 wasted years during the OUK administration, the Aba situation went from bad to worst. The road network which the OUK administration were supposed to have touched were not touched. He failed to do it in Umuahia or in Aba. But his men appear to have forgotten.

This was why Governor Theodore A. Orji could not keep OUK as a political godfather.

Being stripped of his godfathership position in Abia state and also Imo State, he has had difficulty finding a place to rest his shortcomings. 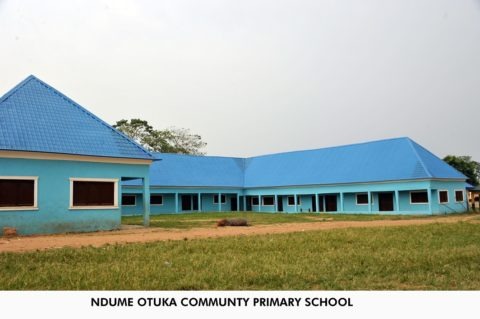 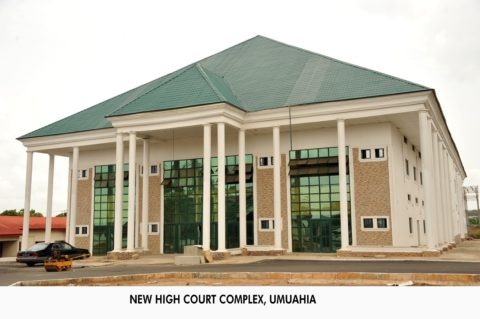 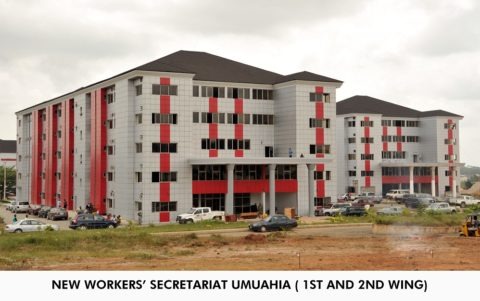 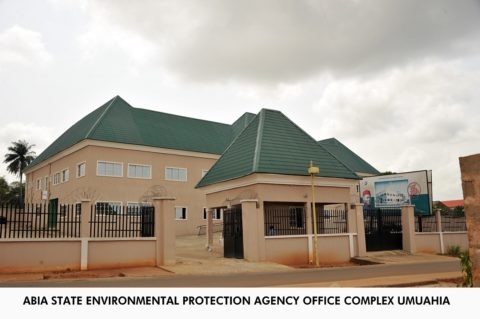 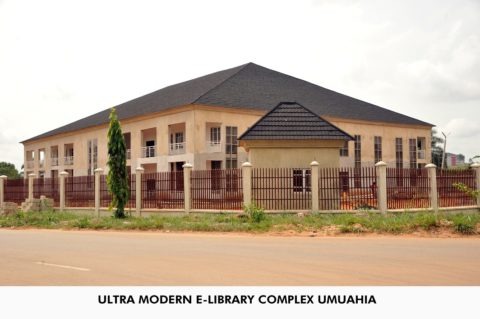 He has however sought respite in the arms of media vuvuzelas – comprising of senior reporters from his newspaper [The Sun] and other private persons willing to help paddle the OUK propaganda canoe. The likes of Ebere Wabara, Odumegwu Onwumere and others. They were successfully conned by OUK into blowing his private vuvuzela.

It is simply unfair for OUK to continue to attempt to impede the wheels of progress in Abia. He must understand this.