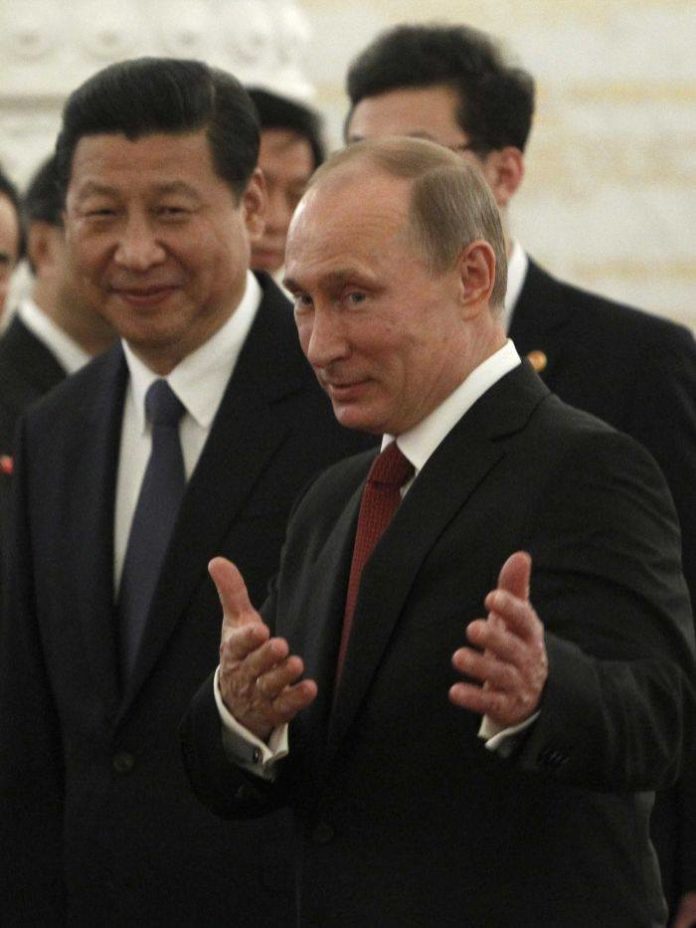 These are testing times for Chinese diplomats. 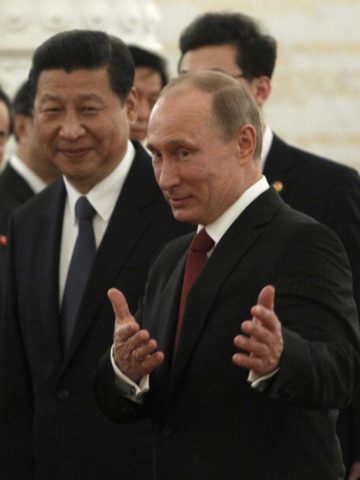 As they plot Beijing’s course through the international uproar overRussia’s intervention in Ukraine, they are torn between conflicting instincts.

On the one hand is a strong reluctance to stand with the West against Moscow – a strategic partner which never openly criticizesChina. But on the other is the cardinal principle of Chinese foreign policy – non-interference in the internal affairs of other countries.

Beijing is not exactly fudging it: Foreign Ministry spokesman Qin Gang said plainly last Sunday, when the first reports of Russian armed intervention in Crimea were coming in, that “we respect the independence, sovereignty and territorial integrity of Ukraine.”

But neither has China condemned Russia’s actions; officials here equivocate when they are invited to join the Western chorus of outrage.

“China is uneasy,” says Bonnie Glaser, an Asia specialist at the Center for Strategic and International Studies in Washington. “They cannot endorse Russia’s actions but they don’t want more tensions with Moscow, so they are not emphasizing their differences.”

It is easy to see why China is so insistent on the principle of non-interference: the government is worried about foreigners meddling in China’s own border provinces, such as Tibet and Xinjiang, where Beijing is unsure of local peoples’ loyalties.

Chinese leaders are especially displeased by the referendum that the Crimean parliament has called for March 16 to choose whether the autonomous region should break away from Ukraine and join Russia.

“That would be like Taiwan’s destiny being decided only by Taiwanese,” says Jin Canrong, a professor of international studies at Renmin University in Beijing. That would be anathema to Beijing, which insists that Taiwan – a self-governing island – is an integral part of China.

“China insists that Crimea’s fate should be decided by all Ukrainians,” explains Prof. Jin. “We will not support a Russian occupation of Crimea.”

“China’s foremost priorities, the first things they think about when it comes to interference, are Tibet, Xinjiang, and Taiwan,” adds Ms. Glaser. “The idea of a part of China deciding whether it wanted to be separate is seen as very dangerous.”

“China always looks at these situations through the lens of how they could impact their own security down the road,” she says.

That concern trumps the hard-line anti-Western rhetoric that some Chinese newspapers have adopted. Global Times, a nationalist tabloid owned by the ruling Communist Party, argued in an editorial this week that “backing Russia is in China’s interests” and that “we shouldn’t disappoint Russia when it finds itself in a time of need” because Moscow “has been resisting the eastward trend of western forces in Ukraine.”

Though this does not seem to reflect government thinking, China has been ambiguous about its attitude to the interim government in Kiev. Asked on Monday whether Beijing recognized the new government, Mr. Qin said guardedly that “judgment needs to be made based on the laws of Ukraine.”

In a telephone conversation with Russian president Vladimir Putin, Chinese president Xi Jinping said that “China believes that Russia can coordinate with other parties to push for the political settlement of the issue,” according to an account of the conversation published by the state-run news agency Xinhua. “China supports proposals and mediation efforts of the international community,” Xi was quoted as saying.

China and Russia, two neighboring giants, have their differences but are usually on the same side in diplomatic battles at the UN Security Council, where both are permanent members, along with the United States, Britain, and France, giving them veto powers.

Russia has used its veto six times since 2007. On five of these occasions, Beijing has cast its own veto alongside Moscow. Tellingly, the only time that China broke with Russia came after Russian troops invaded Georgia in 2008.

“China cannot embrace the Russian position but it doesn’t particularly want to side with the West either,” says Glaser. “So they are sitting on the fence.”

Prof. Jin puts a more positive spin on his government’s predicament. “Because of Taiwan, China would very much hate to see the division of a nation,” he explains, “but on the other hand China needs stable relations with Russia. We will try to balance these two considerations.”