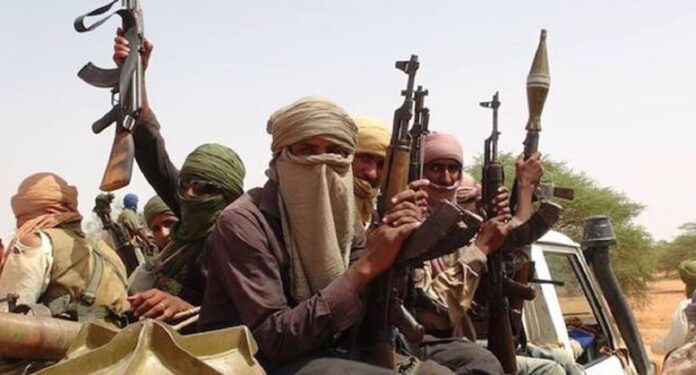 The terrorists have also imposed N3 million levies each on Kwaga, Kwanan-Shehu, Ungwan Liman and Ungwan Shekarau farming communities to allow the farmers harvest their farm produce, with Friday September 30th, 2022 as deadline for payment.

This is just as five people abducted from Kurgin Gabas and Sabon-Layi on September 15 escaped from the bandits’ den, while six others kidnapped from Farm Centre were released by their abductors after paying measures of rice, beans and gallons of red oil and vegetable oil as ransom.

“Regrettably, a farmer was killed at Shiwaka community on Tuesday 27/9/2022 after being tied to a tree; and more than 20 people were kidnapped Wednesday 28/9/2022 at different farms in Jangali and Kwaga areas.

“Another worrisome development is that, the bandits informed some farming communities, including Kwaga, Kwanan-Shehu, Ungwan Liman and Ungwan Shekarau to pay levies amounting to N12 million (N3 million each) in order for them to be allowed to continue harvesting their crops. These communities are given only grace of Friday 30/9/2022 to meet the condition failure of which the bandits vow to kidnap any person found at farm.

“The Union found that these helpless communities have started making contribution based on farm size to meet the condition and the deadline. We are therefore appealing to the Nigerian government to come to the aid of the helpless farming communities of Birnin Gwari in order to allow them free access to their farms and harvest their crops without any harm or intimidation.”