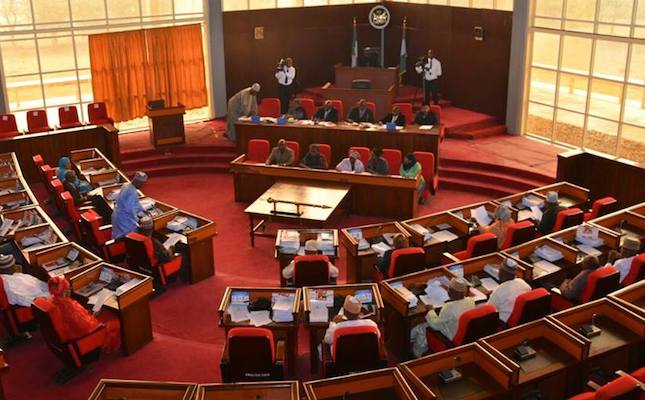 Unknown gunmen have kidnapped and murdered the eldest son of a member of Bauchi State House of Assembly representing Dass Constituency, Honourable Bala Ali.
the development was made known during the House plenary sitting presided over by the Deputy Speaker,Alhaji Danlami Ahmed Kawule.

He prayed to Almighty Allah to forgive the deceased and grant him Jannatul Firdaus.

Narrating what happened, law maker Baballe Abubakar Dambam representing Dambam/Zagaya/Jalam Constituency, explained that the eldest son of Hon. Bala Ali was kidnapped by unknown gunmen suspected to be kidnappers a few days ago and held him for days after which they killed him.

According to him, the funeral prayers for the deceased have already taken place, describing the incident as shocking and disturbing

Responding to the motion, the Deputy Speaker directed that a special prayer be conducted for the deceased, which was led by Hon. Bello Muazu Shira representing Shira Constituency.

The Speaker announced that the House will pay a condolence visit to the bereaved Member and his family in Dass immediately after the plenary session.