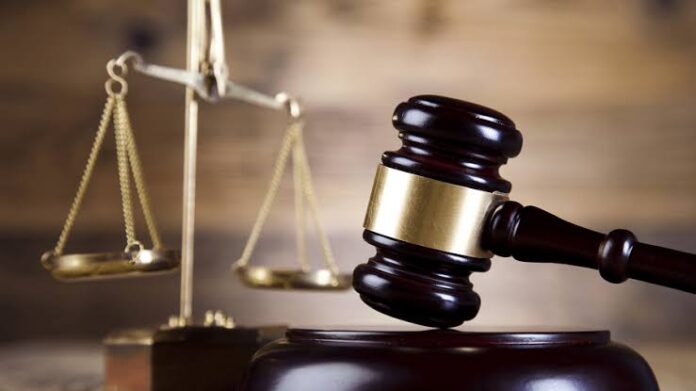 He was sentenced alongside his company, Structured Energy Limited for N184,098,000 fraud.

The Lagos Zonal Command of the Economic and Financial Crimes Commission, EFCC secured his conviction and sentencing on Thursday.

The trial judge found him guilty as charged on counts one to six and sentenced him to 10 years on each count to run concurrently at a Correctional facility.

The Economic and Financial Crimes Commission, EFCC had on February 19, 2018 arraigned Ekwunife alongside his company on an amended eight-count charge bordering on stealing by fraudulent conversion contrary to sections 278(1)(b), (2)(f) and 285(1) of the Criminal Code Law of Lagos State of Nigeria 2011.

One of the counts reads: “Chukwuemeka Ekwunife and Structured Energy Limited, on or about the 4th day of June 2015 in Lagos, within the Lagos Judicial Division, dishonestly converted to your own use, the sum of N85,000,000.00 (Eighty-five Million Naira Only) paid to you by M.R.S. Oil and Gas Company Limited, property of Nepal Oil and Gas Limited.”

Another count reads: “Chukwuemeka Ekwunife and Structured Energy Limited, sometime between October to November 2014 in Lagos, within the Lagos Judicial Division dishonestly converted to your own use, the sum of N39,238,000.00 (Thirty-nine Million Two Hundred and Thirty-eight Thousand Naira Only) paid to you by Globin Oil and Gas Limited, property of Nepal Oil and Gas Limited.”

He pleaded “not guilty” to all the counts prompting the commencement of his trial.

In the course of the trial, the prosecuting counsel, G.C. Akaogu, called six witnesses and tendered several documentary evidence to prove the case of the prosecution.

The defendant also took to the dock to testify in his defence while denying the charges against him.

Delivering judgment, Justice Solebo held that the prosecution proved counts one to six beyond every reasonable doubt and so found him guilty as charged on the counts and sentenced him to 10 years at the Correctional facility on each count to run concurrently.

His company was also ordered to be wound up. Following the allocutus of the defence, he was given an option of fine of N50 million.

Justice Solebo ruled out restitution to Nepal Oil and Gas Limited, holding that from the evidence given by Ekwunife in his testimony during the trial in which he spilled the beans pointing accusing fingers at some persons, it was obvious that so much fraudulent activities were being perpetrated “by some individuals who are extremely greedy”, using the guise of oil subsidy on imported fuel to defraud the country, also tarnishing the image of Nigeria abroad.

“The loss and gains will remain where they are,” Justice Solebo ruled.