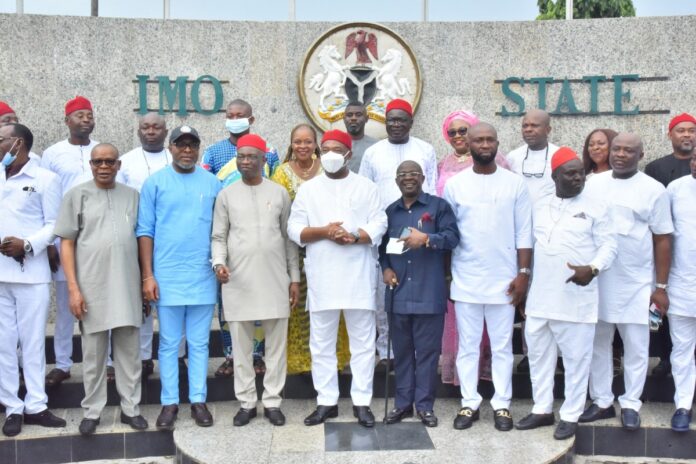 …Urges members to restore confidence in the process of land allocation

Governor Hope Uzodimma of Imo State on Friday inaugurated a Committee of 11 members who will see to the processes of allocation of land in Imo State, with a charge that the body must restore confidence in the process.

The Governor said:  “Land matters are very sensitive and it is even more so in Igboland because our people have a sacred and ancestral attachment to land.”

Governor Uzodimma informed the Committee that he was not looking for any personal land for himself and therefore warned that, “Given our recent unsavoury history where one family took advantage of their position of authority and attempted to appropriate most of the choice properties in the state, this Committee must endeavour to restore confidence in the process of land allocation in Imo State.”

He also mandated the Committee to ensure clinical execution of the recovery agenda of the 3-R Government, highlighting that the Land Use and Allocation Committee was established under the Land Use Act of 1978 and incorporated democratically into the 1999 Constitution as amended which vested the administration of all lands in the State on the Governor.

“The Governor in turn performs this function through the intrumentality of the Land Use and Allocation Committee.”

The Governor emphasised the need for the Committee to work closely with the Imo Geographic Information Science (IGIS) to ensure that allocation and acquisition of land in the State follow laid down rules and in line with the State’s master plan.

In his acceptance remarks on behalf of his members, the Chairman, Bar. Oguajudike promised not to disappoint the expectations of both the government and the people of Imo State.