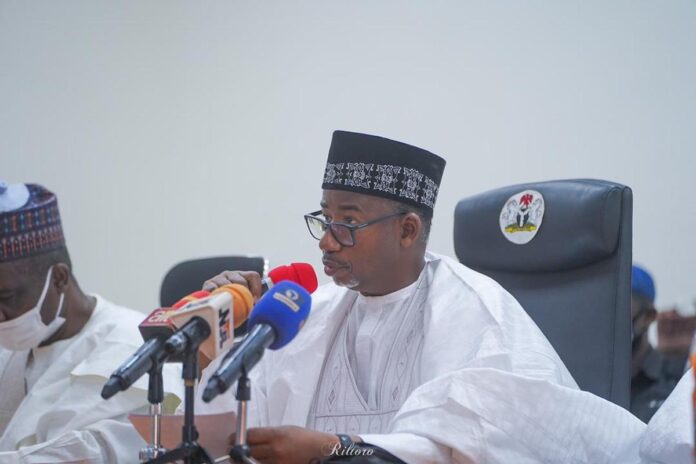 Advertisement
From Mohammed Nasir Shuaibu BAUCHI
A Civil Society Organisation Mafita Women and Youth Development Initiative ( MWYDI) has commended the Bauchi State government for declaring a one-dayPublic holiday to allow citizens in the state to get their Permanent Voters Cards (PVCs).
The state government had announced that Monday June 27, 2022 a public holiday to enable more citizens to be captured in the ongoing Continuous  Voter Registration (CVR).
Chairperson of the organization, Mrs Theresa Orude, who made the commendation in an interview with Journalists in Bauchi, said the one day Public holiday would create an awareness on the need for citizens of voting age to get their PVCs.
Mrs Orude explained that one of the priorities of MWYDI was to senstitise  women and youth in the State get their PVCs in order on vote candidates of the choice in the  next election.
She disclosed that her NGO has carried out several awareness and sensitization campaigns in some communities in the state to mobilise women and youth to get their PVCs to vote in the forthcoming general elections.
“The declaration of Monday June 27,2022 as Public holiday by Governor Bala Abdulkadir Mohammed to enable citizens participate fully in the Continuous Voter Registration exercise is welcome development,” she said.
“It  will afford people who hitherto did not have their Permanent Voter’s Card to get theirs in order to exercise their franchise,” she said.
She urged women and youth who are yet to get their PVCs to take advantage of the Public holiday to do so saying no excuse will be acceptable for not getting their PVCs.
Orude urged the Independent National Electoral Commission (INEC) to ensure that the devices and other facilities are deployed to designated locations in the state where citizens would easily access them and get registered.
She urged citizens, particularly the youth to be law abiding and ensure that the process was smooth and peaceful.