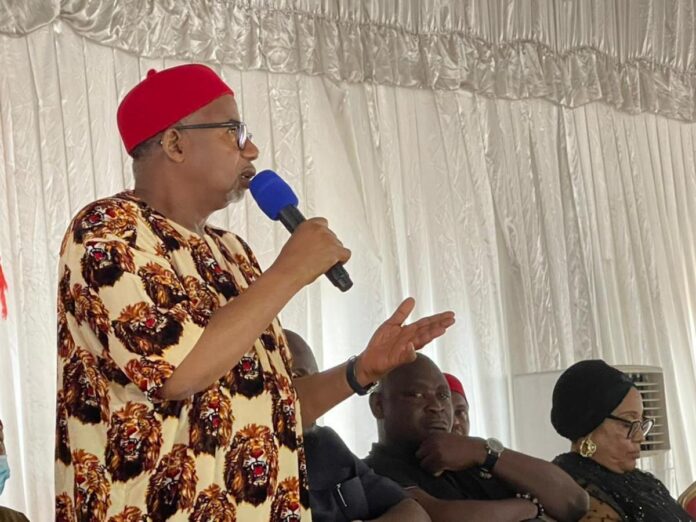 In less than a week, the Peoples Democratic Party [PDP] will conduct its presidential primaries to select its presidential candidate for the 2023 presidential elections. Already, the presidential aspirants, in the last few weeks, had traversed the many regions of the country interacting with delegates of the PDP seeking for their votes.

As the primaries draw nearer, the major aspirants can be seen clearer. As the eye of the storm sharpens, popular opinion points to Bala Mohammed, Abubakar Atiku, Nyesom Wike, Bukola Saraki and Peter Obi as the aspirants with best opportunity to emerge victorious at the presidential primary.

A recent poll was conducted by a United Kingdom based non-governmental organization – Data Analytics UK – probing the possible outcome of the PDP primary of the five aspirants through scientific sampling of the delegates. Data Analytics had deployed a team of data aggregators and sampling experts to the six geopolitical zones and virtually all the states in Nigeria and the FCT since February 2022 to conduct progressive sampling of delegates preferences across the indicative thresholds and criteria.

Using standard modeling practices, Data Analytics UK evaluated each aspirant on six parameters to decipher Authenticity, Acceptability, Accessibility, Integrity, Amiability and Mental soundness. Each delegate was polled discretely through a questionnaire that scored each aspirant on a scale of 0 to 100 percentage points on each of the six parameters.

In the North Central region, the analytical data shows similar trending. The same holds true. Bala Mohammed, according to the polling data, is expected to sweep the votes of the north central delegates with 57%.

During the period while Bala Mohammed held sway as the Minister of the Federal Capital Territory [FCT], the PDP of the north central states benefited from Bala Mohammed’s goodwill and welfare activities. Bala Mohammed is reported to have assured the executive officers of the party within the North Central states were allocated lands within the FCT. He also shared operational vehicles to each state exco of the region.

It is expected judging by the resulting of the polling analysis for Bala Mohammed to ride to victory come next week’s exercise. The Governor of Bauchi State, during the last few weeks had embarked on a comprehensive tour across the 36 States of the nation canvassing for support and spreading the gospel of Nigeria First agenda.