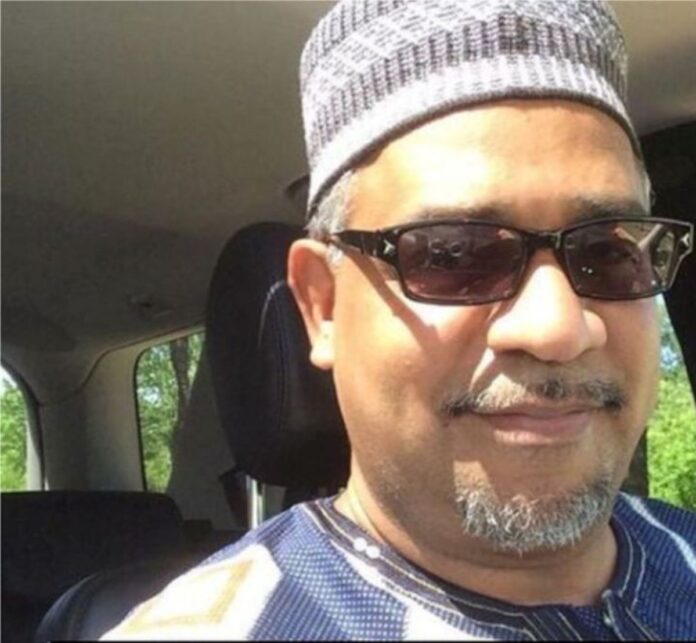 HE IS KNOWN ALL AROUND MARYLAND, United States as a flamboyant ‘Man-of-God’ who likes helping homeless and vulnerable Americans weekly. To convince any on-looker of his sincerity to humanity, he has a well-crafted social media team whose jobs were to ensure live streams of helpless Americans were given food, clothing by this General Overseer of New Life City Church, a Senior Pastor, JOSHUA OLATOKUNBO SHONUBI on Facebook. Behind the façade, eagle-eyed American law enforcement agents have discovered how this pastor recruits these innocent Americans into ‘make-belief marriage’ for the purpose of enriching his wealth while ensuring his coterie of African friends adjusted their status by becoming Green Card holders. At the last count, Joshua personally arranged 60 fake weddings.

Meanwhile, a federal grand jury has returned an indictment charging 50-year-old Shonubi of Bowie, Maryland, for a federal charge of conspiracy to commit marriage fraud, visa fraud and for presenting false documents to a federal government agency, in connection with a scheme to fraudulently obtain permanent resident status for foreign nationals by arranging marriages to U.S. citizens.  The indictment was returned on October 20, 2021, which was unsealed upon the defendant’s arrest.

Seven-count indictment was handed down to the suspect from at least January 2014 through January 2021. The indictment reports that this pastor of New Life City Church, Inc. in Hyattsville, Maryland, engaged in a conspiracy to fraudulently obtain immigration benefits for foreign nationals by arranging their marriage to United States citizens who served as their sponsors for permanent residence in the United States.  The indictment alleges that Shonubi received thousands of dollars from foreign nationals in exchange for connecting them with U.S. citizen sponsors and facilitating their marriages.

The indictment alleges that Shonubi, often utilizing his role as pastor of New Life, directly or through others, recruit and groom U.S. citizens, including economically disadvantaged citizens, with payments and promises of money in exchange for marrying foreign nationals, then sponsoring the foreign nationals for permanent residence in the United States through USCIS.

Shonubi also allegedly officiated some of the fraudulent marriages or arranged for a civil marriage ceremony to be performed in Virginia.  Further, the indictment alleges that Shonubi created and signed at least 38 reference letters on New Life letterhead in support of foreign nationals’ applications for permanent residence falsely stating: his relation to the parties; the nature of the marriage; his role in providing spiritual guidance or counseling; and his belief as to the romantic nature of the marriage.

On at least 34 occasions, Shonubi also allegedly created false rental leases, listing Jaypro, a corporation he formed in 2015, as landlord, to provide proof that the foreign national and U.S. citizen were living together, when in fact, they were living separately.

If convicted, Shonubi faces a maximum sentence of five years in federal prison for conspiracy to commit visa fraud and marriage fraud and a maximum of five years in federal prison for each of six counts (30years) of presenting false documents to a federal government agency.  Actual sentences for federal crimes are typically less than the maximum penalties. A federal district court judge will determine any sentence after taking into account the U.S. Sentencing Guidelines and other statutory factors.

An indictment is not a finding of guilt.  An individual charged by indictment is presumed innocent unless and until proven guilty at some later criminal proceedings.

On his Facebook page, the 50-year-old pastor posted photos of himself serving the homeless. The indictment argues that he used these activities to “recruit” and “groom” economically disadvantaged U.S. citizens, claiming that Shonubi would bribe them with money and promises of money if they’d marry foreign nationals.

In addition to officiating “fraudulent” marriages, Shonubi wrote reference letters for foreign nationals’ permanent residency applications on New Life Church letterhead, lying about his relationship to them. The pastor gave false testimony regarding his counseling and spiritual guidance, as well as the arranged couples’ romantic relationship.

Further investigations by Naija Standard Newspaper Center for Investigative Journalism, NSNCIJ reveal that Shonubi may go into plea deal on the crimes under which he will reveal the true identities (names) of those African immigrants who may have benefitted from obtaining ‘Permanent Resident Cards’ through him.