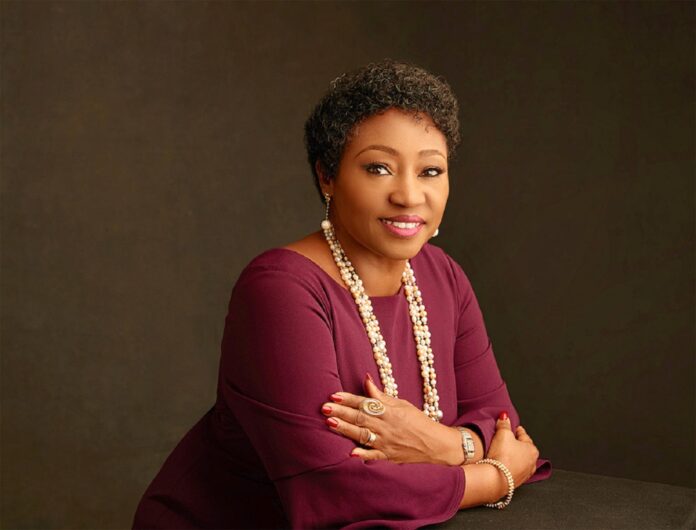 The Ondo Progressives Movement, OPM, which made this call on Sunday,
raised the alarm that the sanitary pads being distributed by Governor
Fayemi’s wife could have spiritual motives that may not be unconnected
to the 2022 governorship election in Ekiti State and her husband’s
presidential ambition.

According Comrade Olamide Adeyemi, the group’s Spokesperson,
distribution of sanitary pads, especially to schools girls, by a
governor’s wife, who holds spiritual title of Erelu, is suspicious.

Fayemi’s wife, yesterday, at Ilara-Mokin, Ifedore Local Government
Area of Ondo State, distributed sanitary pads among women and ladies
within puberty age, claiming it was meant to prevent the spread of
infections.

However, the OPM asked why a governor’s wife will choose to distribute
sanitary pads to school girls, most of whom are virgins at this time
of economic hardship instead of providing foods.

OPM said it was not against politicians rendering help to the people
of the State, especially school girls, but will not allow the future
of the people to be jeopardize through diabolical gifts like sanitary
pads.

It said Yoruba people all over the world are aware of what mensuration
can be used for, spiritually and as such, will not sit back and allow
desperate politicians to use our daughters to advance their ambitions.

The group counselled that if Erelu Bisi Fayemi is genuinely desirous
of helping our people, especially the school girls, she should empower
them so that they can feed themselves and be able to buy sanitary pads
for themselves.