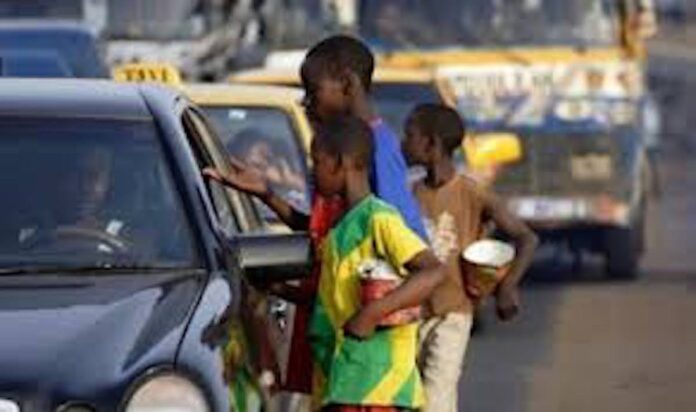 As part of it’s preparation to commence operation, Kano State Tasks Force Committee on Evacuation and Repatriation of Beggers from Kano has paid a courtesy visit to the Emir of Kano, Alhaji Aminu Ado Bayero at his place.

Speaking during the committee’s visit to his palace, the Emir Bayero expressed willingness of the Emirate to support the committee realise its goal of ending the menace of street begging in the state.

Alhaji Bayero stated that the mence, which is becoming eyesore and an unbearable social challenge to the people of Kano has, after all, no basis in the religion of Islam.

He urged parents to be alive to their parental responsibilities by ensuring that they enroll their wards into school for them to have basic education so as to be beneficial to themselves and their society.

The Emir assured the committee that District, Village and Ward heads would do everything possible to support the Task Force Committee to put end to this social ill in the state.

The monarch lauded Governor Abdullahi Umar Ganduje for setting up the committee with a view to curtailing the problem of begging.

Briefing the Emir, chairman of the committee who is also chairman, Policy Strategy, Implementation and Evaluation Directorate, Office of the Governor, Engr. Rabiu Suleiman Bichi, said the committee was set up by the state government to bring permanent solution to problem of begging in Kano.

Bichi stated that they were at the palace to inform the Emir about the activities of the committee and seek his support and blessing.

The chairman said the committee had crucial meetings with stakeholders that included heads of media organizations, Islamic schorlars and Civil Society Organizations which have yielded positive result.

In a similar development, the committee also paid a courtesy visit to the Emir of Gaya, Alhaji Aliyu Ibrahim at his palace in Gaya.

The Emir explained activities of the committee has similar objective with what the emirate has been doing through sensitisation in the educational system in his domain.

According to him, Gaya Emirate has also embarked on head count of out-of-school children and provided school materials and uniforms to the children of less-previleged.

He noted that the task of the committee was not an easy one but assured of the emirate’s support and cooperation for its success.

Earlier speaking, chairman of the committee and former Secretary to the Kano State Government, Engr. Rabiu Suleiman Bichi, said the committee is composed of people of high caliber that drawn its membership from state Ministries Departments and Agencies, security agencies and Civil Society organizations.