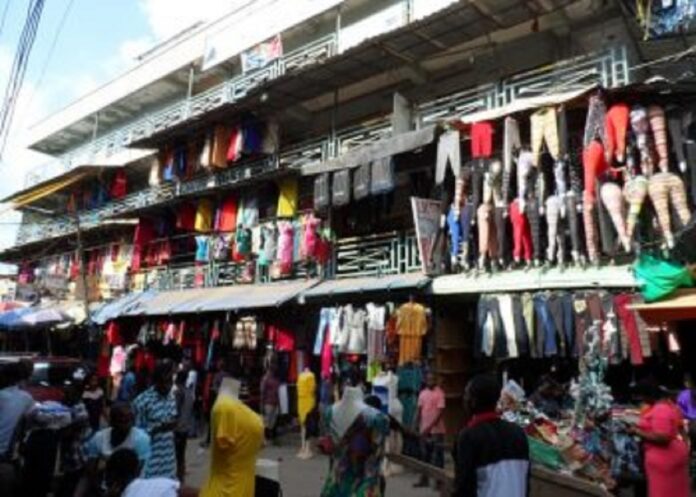 Traders in Ogbaru Main Market, near Onitsha, Anambra State are counting their loses following heavy flood that destroyed over 100 lock-up shops in the market.

The affected sections of the market were reportedly submerged at the wee hours of Saturday following down pour.

The victims attributed the menace to alleged blocking of the drainage system by the Ndubuisi Ochiogu-led caretaker committee for the construction of a plaza in the area.

Spokesman of the affected traders and former Vice Chairman of the Market, Chief Chinedu Ejezie told reporters on Monday that over N100million worth of goods were destroyed by the flood.

He said, “Over N100million worth of goods including wires were destroyed in over 100 Shops that were submerged by the flood especially at the provisions and Wine sections of the market.

“The former owner of the Premises where the Plaza is currently built, (Kpokobros) and the immediate past executive of the Market led by Chief Victor Nwawuzie, left the drainage system open for flood to flow.

“But when this new caretaker committee led by Ndubuisi Ochiogu came in, it blocked the drainage system for the construction of a plaza and that is the cause of the flooding of the market anytime it rains, destroying goods of traders.

“This is what happens where the Leadership is not elected but appointed, we urge the State Government to conduct elections in both the market and others before he leaves the State to have his name written in gold.

“Again let compensation be paid to those whose goods were destroyed in the last Saturday flood menace.”

Contacted on phone, the caretaker committee Chairman of the Market, Chief Ndubuisi Ochiogu denied gross destruction of goods by flood.