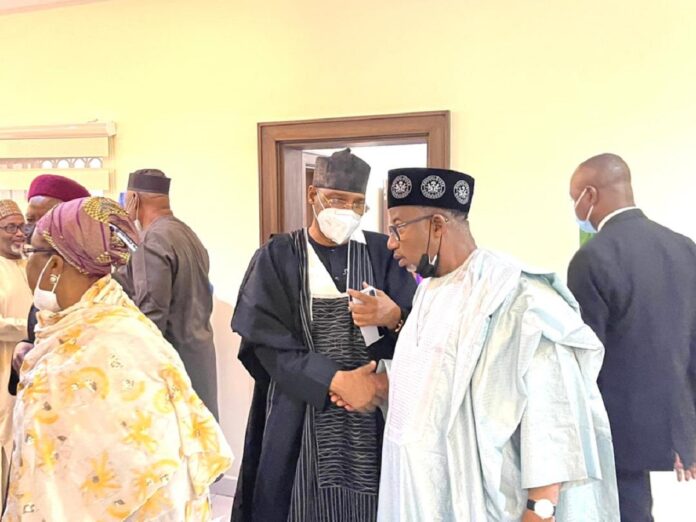 The North East stakeholders of the People’s Democratic Party (PDP) had today during their meeting held in Abuja nominated Senator Abdul Ahmed Ningi as the consensual candidate for National Chairman of the party ahead of the forthcoming convention.

Speaking on behalf of the stakeholders, the Adamawa State Governor His Excellency, Alhaji Ahmadu Fintiri said the decision was made after thorough consultation with elders and statesmen from the region.

Governor Fintiri added that the stakeholders will support Senator Ningi as candidate and it is hoped he will emerge victorious considering his experience and loyalty to the party.

Senator Abdul Ahmed Ningi served as Governor Bala’s Campaign Director during the 2019 gubernatorial election in which the latter defeated the then incumbent governor of Bauchi State.

On his part, Senator Abdul Ningi thanked the stakeholders for the confidence bestowed on him adding that he will continue to work for the success of the PDP.