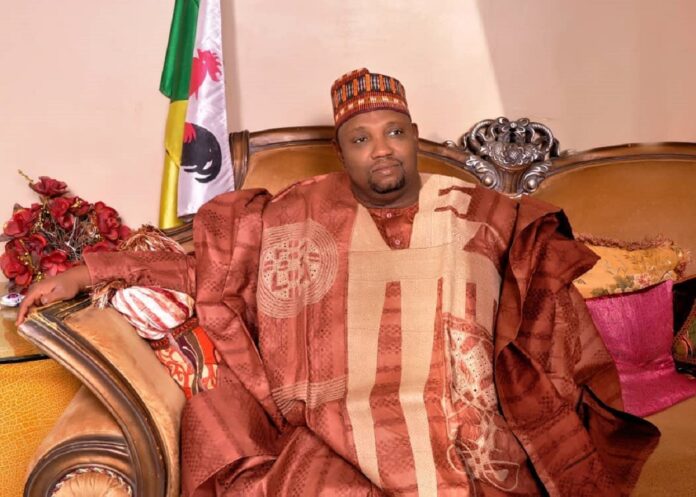 The former National Secretary of the All Progressives Grand Alliance (APGA), Dr Sani Abdulahi Shinkafi has indicated interest to contest for the National Chairmanship of the ruling All Progressives Congress (APC).

In a statement at the weekend in Abuja Shinkafi said that he had been under pressure from political associates and friends to run for the APC plumb job.

“With my wide experience as the immediate past National Secretary of the All Progressives Grand Alliance (APGA) and the immediate past Secretary of the Board of Trustees of APGA I believe that I have what it takes to run the affairs of the APC. I would want to continue with the great job done by the Acting National Chairman His Excellency Malam Mai Bunu in re-organizing and making the party the greatest party in Nigeria.

Shinkafi declared that “If elected I will ensure that the values that birthed the party in 2014 are preserved. I would also ensure that the era of impunity and imposition of candidates against the will of the party’s teaming followers is gone, and this is the time to make hard and only decision that will serve in the interest of the general members even at the least level must be the only way out.

He noted that “In its bid to retain power in the forthcoming general elections in Nigeria in 2023, there is urgent need for the party to look beyond personal interest to set its house in order by first of all ensuring that only a credible hand is ushered in to lead the party as the next National Chairman.

“The party came with sound policies and programmes that would have salvaged the country but the party’s dream was shortlived because the forces that are not progressives joined the party through the backdoors only to win elections.

“The internal functions and ranglings within the rulling party made it to loss elections in Bauchi, Adamawa, Edo and Zamfara states among others apart from many legislative seats both at the states and National Assembly levels that were dashed away as results of poor handling of the party’s 2018 primaries.

“The party currently needs a leader who commands respect among his contemporaries, a man whose mind is bounded by reconciliatory traits and a young and energetic man who is determined to pay a price for APC to survive against his personal interest. it will never be a plea bargain where personal interest superceed personal interest.

“The emergence of the rulling party from many political parties and subsequent defections at the aftermath of 2015 elections has been identified as some of the reasons why the party failed to implement its initial manifesto to get Nigeria on the right track again.

“The APC has very sound policies and programmes that are practicable, aimed at changing the fortunes of Nigerians and can only be sustained if an individual who shared the party’s traits are allowed to lead as the National Chairman,” he said.

Shinkafi was born on Feb. 20, 1970 in Shinkafi Local Government Area of Zamfara state, he attended the township Shinkafi, and later went to the Government Secondary School Gwadabawa where he obtained the West African Examination Council (WAEC) certificate in 1988.

He later proceeded to Polytechnic of Sokoto, Birnin Kebbi, from 1988 to 1991 where he obtained the National Diploma in Business Administration and the Plateau School of Accountancy and Management Sciences Studies from 1995 to 1999, where he was awarded the Higher National Diploma in Accounting.

From 2006 to 2007, he was at the Usman Dan Fodio University Sokoto where he bagged the Post Graduate Diploma in Education.

In 2016 he attended the Nassarawa State University Keffi where he bagged a Masters Degree in Public Sector Accounting( Public Financial Management).

Shinkafi was later promoted to the position of the Head of Audit Unit Sokoto State Teachers Services Board, from where he was made the Acting Deputy Director Internal Audit Ministry of Agriculture and Natural Resources Gusau, Zamfara State.

He also had a stint at the Ministry of Finance Budget and Economic Planning, Gusau, Zamfara State from where he voluntarily Withdrew his Service from the Zamfara State Civil Service in 2001.

He was the State Secretary of United Nigeria People Party (UNPP) and later the State Chairman All Progressives Grand Alliance (APGA).

He later contested as the Zamfara State Governorship Candidate under the platform of All Progressives Grand Alliance (APGA) in 2007, 2011, 2015 and 2019.