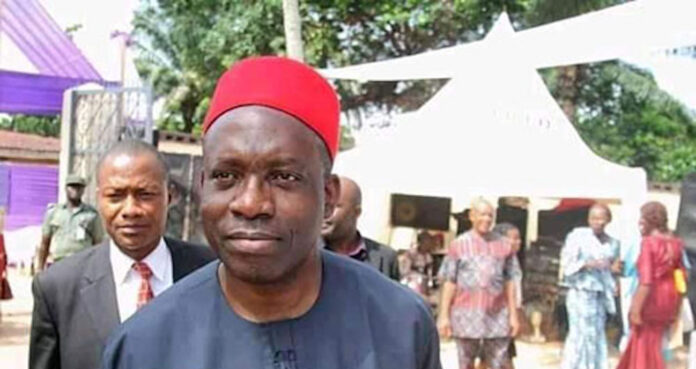 Chukwuma Soludo, the APGA gubernatorial candidate for Anambra election has urged political appointees to increase the level of voter education and mobilization in their various polling units so as to ensure a greater turn out on election day inorder to achieve a landmark and record breaking victory for the party.

The confident Soludo who spoke on Wednesday in Awka said, that APGA, party ndi-Igbo is contesting for every single vote in the election which will take place in six (6) weeks time. While re-affirming that victory is assured, he reiterated the need for the party to record a “One Million Vote” for Soludo-Ibezim joint ticket.

The former CBN governor maintained that APGA since being voted into power about fifteen (15) years-ago has continued to develop and consolidate a culture of democratic governance, noting that the party has equally remained active in the people mobilization

While calling on other political parties contesting in the forthcoming election to collapse their structures for him and APGA, he explained that, only APGA represents the soul and vehicle of ndi-Igbo therefore, should be given the mandate to providing quality development and good governance for Ndi-Anambra.

Anambra will on November 6, 2021, go to their various political polling units to re-affirm their stance on the choice of Soludo as Governor Obiano’s successor.