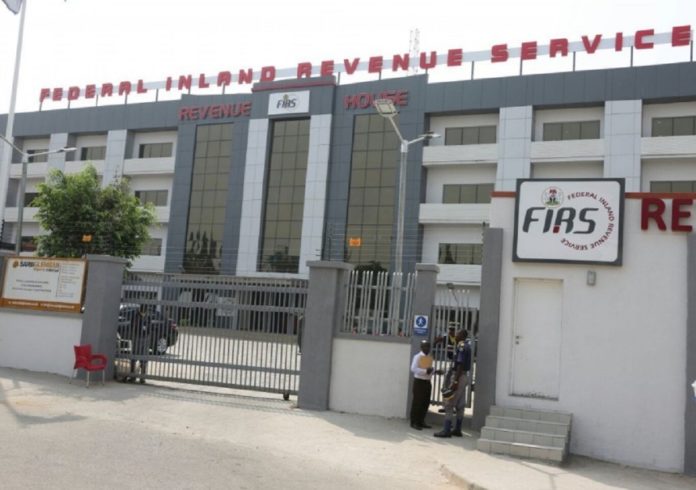 Adam Smith, in “Wealth of Nations” while discussing what he tagged as “Canon of Taxation” outline some principles he described as “Principles of Good Taxation”, these principles includes; fairness, certainty, convenience and efficiency. By the principle of fairness, he meant that, the condition of taxpayer should be considered before enforcing tax on him, this is in addition to the ability of the tax payer to pay the tax. By that of certainty, the tax payer should be inform on why he need to pay his tax and how such tax are levied on him. By the convenience, he refers to how the tax payer find the process of paying the tax as easy as it is; and the final principle of efficiency described how the tax payment should’ve no negative effect on distribution of resources in the economy.

In a short story, there was a man who came to someone and asked him, “what should I be given you everyday?” He replied with “Sand”. As requested, whenever he meet that person, he picked up sand on ground and hand it over to him.

One day, that man came to him to collect the sand, but he looked at him abruptly and said “Why can’t you bend down and fetch it by yourself? Why should I be given you what you can have if you work hard?”

Recently, there had been an uproar between Federal Inland Revenue Services (FIRS) and Ekiti State Government, where the state government came up with a law regulating the collection of VAT. With the new Law, the state government will have absolute power to utilize the VAT generated from that state instead of the usual remittance to the Federal account! Ab initio, a State high court granted order to Ekiti government to move on with their new VAT policy since they have already enacted a law to that effect, but a move by the FIRS through the Appeal Court blocked Ekiti State Government from putting the law into effect. In the beginning, the will to challenge the Federal Government on VAT collection by the states was spearheaded by a single state, but by looking at the fruition that may come out from the success of such legal battle, some states from the South-South joined Ekiti in the suit, thereby, sending their representative to the Appellate Court.

Before going further, we need to understand what VAT refers to, for that, we will give shed more light on the desperation and motives of these states to have the right to deduct VAT within the economy of their states.

According to FIRS, VAT is “a consumption tax paid when goods are purchased and services rendered“ to this, “all goods produced within or imported into the country are taxable except those specifically exempted by the VAT act”.
The authorities responsible for the deduction of the VAT are; indigenious companies with non-resident companies within the country; government ministries, statutory bodies and other agencies of government; and companies operating in the oil and gas sector. These are the statutory bodies saddled with the responsibility of deducting the VAT in Nigeria.

From 2016-2020, Nigeria recorded more than Five Trillion Naira from VAT deduction, but surprising, about Three Point Nine Trillion of that amount came from Ekiti and Lagos State respectively. And as usual, the whole amount were shared between the three tiers of government with some amount given to the FIRS for its VAT deduction services!
Naturally, human beings are similar to those two people mentioned that, one gives sand and the other received, which at the end one expressed tiredness.

Sentiment aside, it is hard to imagine how a state or region would work diligently harnessing such a hefty amount, in which at the end it will be shared with others that contributed little out of it.

Before the discovery of oil in commercial quantity, the Northern Region of Nigeria was the main contributor of GDP growth. Meaning that, agricultural sector was the main source of foreign exchange to the country. But today, despite the contribution of agriculture to the GDP, Northern States rely mostly on what is given from the federation account. Today, it is no longer a secret that, only some few Northern states can stand on their own to pay their workers salaries and wages, fulfill their financial commitments, talk less of financing their annual budgets. It is clear that, majority of them would go broke and insolvent if the federal government decided to withhold their monthly allocation for a single month!

To some analyst, the action of Ekiti and Lagos State Governments is nothing but display of absolute selfishness, but to me, it is nothing but expressing their worth and importance to their counterparts.

Amidst this VAT controversy, a new statistical report on Internal Generated Revenue (IGR) of the Thirty Six states of the federation for the fiscal year of 2020 was released.

Lagos State is topping the list with about 418bn, followed by Rivers with 117bn and Delta as the third. The report stated that only two Northern States are among the top Ten States with highest IGR, that’s Kaduna and Kano State. And it is not surprising, since Kano is the commercial hub of the North. Surprisingly, even the commercial nerve of the North is generating less IGR than Kaduna, are commercial activities taken place in Kaduna greater than that of Kano? This shows that, there’s transparency and accountability in the process of sourcing the in KADUNA state more than that of Kano.

If one analyze that IGR statistical report and the five years VAT table, he’ll weep for the sorry state of the Northern states! And the implications of possible ruling in favor of those two states (Ekiti and Lagos) by the Appellate Court against the federal tier, then not only the Northern states, but the remaining 34 states would find themselves in deep economic crises.

Then, what should be done by the Northern policymakers to improve their IGR and move away from dependence on monthly federal allocation?

I foresee a bright future for the Northern states out of this development, if only their policy makers will pursue policies with serious positive impact on the income of its majority (whom are peasant farmers) other than policies that could only favor the rich and those in the government. For instance, if the agricultural sector will be given a sound attention, thereby coming up with policies that could boost commercial farming through accessibility to quick/soft agro related loans, hybrid seeds with the ability to stand this ever-changing climatic conditions, mechanised farming equipments, setting up subsidized agro-allied chemical industries in the region, provision of good accessible roads connecting all the remote areas, all year round farming and a fair export zones, with these, its unemployed youths will surely seize that opportunity and venture into agro businesses without looking up to the government for job opportunities in the government sector. But imagine an agricultural intervention program meant for the purpose of cushion farmers difficulties, is deeply flawed in I don’t care attitude of government officials, deliberate delays and nepotism, in the end, such interventions may not meet majority of farmers on time!

Other regions in Nigeria cannot feed themselves without the support of the Northern farmers, and why should we be panic when they are trying to withhold their money? Why can’t the North stand up and bring out those opportunities?

Despite the insecurity in almost all parts of the Northern region, one fact that can never be denied is that, the region is blessed with an arable land, enough for cultivating in both dry and rainy season. Therefore, adequate farming inputs and machineries should be provided, either in loans or at a subsidized rate by the Northern states governments.

Curbing Insecurity is another point that all the Governors of the Nineteen Northern States should work hand-in-hand to get achieve.

Senators, Representatives and States Assembly members should focus on things that harmonise them with their governors to formulate policies that will boost their states IGR, rather than engage in their usual political war, which deprives millions of citizens from opportunities that may bring development to their livelihood and the region at large.

The Impact of Small and Medium Enterprises in boasting every economy can never be neglected in every sound economy. But in the Northern Nigeria, those SMEs are either forced to shut down due to unfriendly tax policies or poor environment to carry out their activities. So, those SMEs should be given more reason to be alive than to seize to exist, thereby, granting them soft loans with zero interest or at low interest rate and a friendly environment to carry out their activities.

Most of those states with high IGR, have different means of gathering or sourcing revenue within their states. But in the North, both the tax collectors and tax payer are not up to their responsibility. Therefore, a transparent and professional agency should be enacted in every state with the sole aim of creating awareness on the importance of paying tax, why they should be taxed and the transparent manner in which their tax is utilized.

Lastly, the principle of fairness, certainty, convenience and efficiency should be put in practice so as to generate more tax in other to boost IGR for those states.