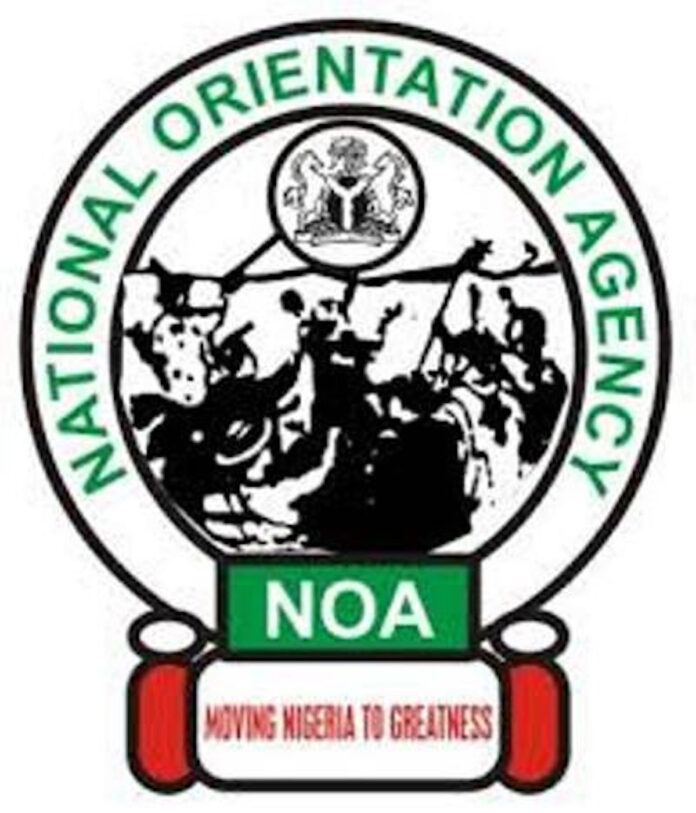 He also urged the electorate to vote properly to avoid invalid votes, political thuggery, election violence and ballot box snatching, among other vices.

NOA boss, who was represented by the Deputy Director, overseeing Political Civic, Ethnic-Value, NOA Headquarters, Abuja, Mr Edozie Ajaegbu made the appeal in Awka during the official flag off campaign against vote buying/selling ahead of the Nov. 6 governorship poll in the state.

He said NOA, in line with it mandate of public enlightenment and feedback from the public to government has identified certain traits in voter behaviour which if not tackled through mass sensitization and awareness creation, can slow down or at worst derail the country democratic process.

Abari, listed some of the worrisome voter behaviours which the Agency wishes to tackle in the build up to the forthcoming Anambra State Governorship election to includes: the challenges of voided votes, the challenge of vote buying/selling and the need for peaceful election.

He called on the Anambra state government, local government, traditional rulers, religious leaders, civil society organisations, security organisations in the state, INEC and political parties to support and work with the agency for a successful poll.

Earlier, the State Director of the Agency, Barrister Charles Edozie Nwoji, assure the parcipates that under his watch, NOA will carry out the campaign across the 21 local government areas of the state, to ensure free, fair and transparent process, on Nov. 6.

He noted that the agency has mobilized it’s machinery in the 21 LGAs of the state to engage in the following critical areas; robust sensitization of Ndi-Anambra on the ongoing CVR, reduction in challenge of voided votes during elections, through sustained voter education, sensitization of the electorate against vote buying and selling and sensitization of all citizens for peaceful election in the subsequent weeks and months.

He advised the Presidents-general of all Town Unions in the State to approach the Agency through the Community Orientation and Mobilization Officers in-charge of their various LGAs for sustained sensitization.

Speaking also, the President general, Ohaneze Ndi-Igbo, Anambra state branch, Prince Emeka Odedeme, said the programme was an opportunity for the association to partner with the agency, to intensify the campaign across the 181 communities in the state.

The Resouce person, Prof. Collins Okafor of the Department of Political Science, Nnamdi Azikiwe University, Awka and the Chairman, Anambra Society for Network, Prince Chris Azor, on their seperate speeches, urged the electorate to come out en masse and vote candidates of their choice, as well as avoid violence before, during and after the election.

“Do not sell your votes during the election. Once you collect money from any politician and vote them into power, you have mortgaged your future, the dual admonished.

They equally called for more sensitization exercise before the closing of political campaigns.

It was gathered that INEC, civil society organisation, police, civil defence and FRSC officials also participates in the programme.