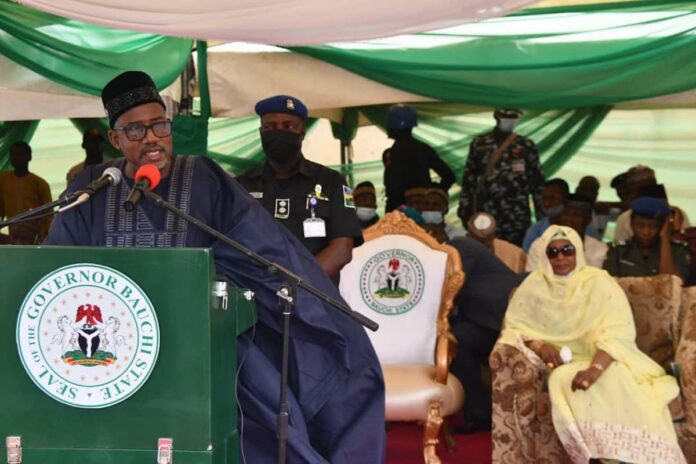 The scheme is under empowerment programme of the Governor as part of efforts to reduce poverty and improve the living standard of the people of the state.

Flagging off the Programme in Zaki and Gamawa local government areas of the statte today Saturday said that the intervention known as the Kaura Economic Empowerment Programme (KEEP) is an initiative of the State government to empower women and youths with incentives that will alleviate poverty and provide them with job opportunities in the state as part of fulfillment of his campaign promises.

He said government has done so much in the area of Infrastructure development, pointing out that it has become imperative for the government to improve the living standard of its citizens, particularly women and youths.

Governor Bala said that when he took over the mantle of leadership in 2019, he met a state whose infrastructures was in shambles, adding that within the two years of his administration, the government has constructed roads, built hundreds of schools, hospitals, provided water amongst others.

“We are being critized by some people that we have been constructing roads without considering the farewell of the citizens and so, because of the promise we have made, that is why we remained adamant in our quest to develop the state.

“We promised during the electioneering campaigns, to provide infrastructures that include roads, schools, hospitals, water and have done more than 50 per cent. Despite dwindling resources at the federation account, we were able to execute all these laudable projects, this is to show you that we will accomplish more if you continue to support the government,” he said.

The State First Lady, Hajiya Aisha Bala Mohammed, urged the beneficiaries to make judicious use of the items donated to them to empower themselves and be self-reliant, adding that the present administration is poised to giving women a sense of belonging in the affairs of the State.

Some of the beneficiaries expressed their gratitude to the Governor for coming to their aid and pledged to make judicious use of the items they received .