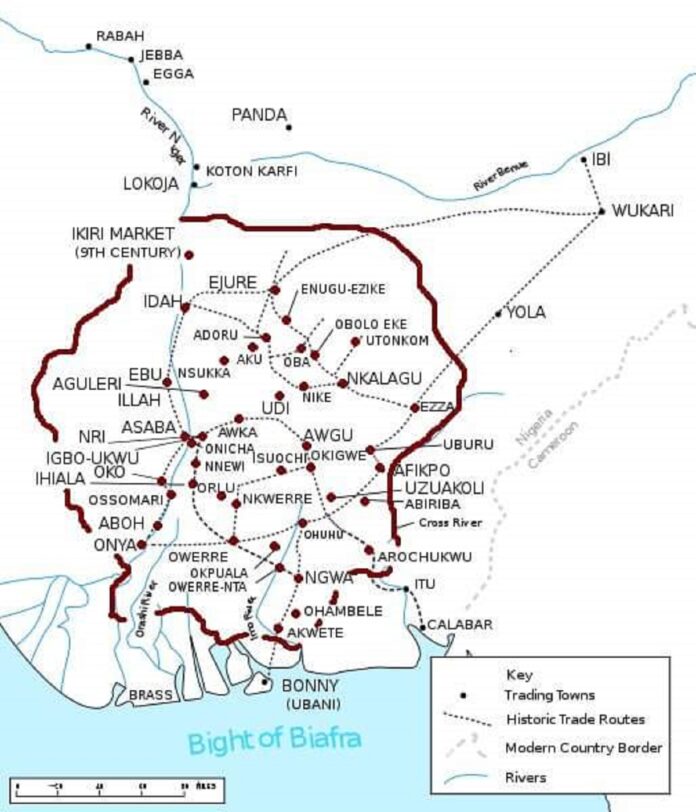 With the race for Nigeria’s top seat heating up and the interested regions find themselves putting up arguments supporting claims that put them in advantage over the other geological/political zones. Each of the six geo-political zones are angling to produce the next President of Nigeria under a twisted zoning arrangement. Nonetheless, some believed the Southern zone of Nigeria is due to provide the next president while a good majority believe the North East zone is due to present the next president.

Against the above political odds, groups from the respective political zones have begun mounting pressure and some have gone beyond mounting mere pressure – to mounting agitation and threatening secession should the Presidency not be given to their geopolitical zone. The immediate past national chairman of Ohanaeze Ndigbo – Nnia Nwodo – had made the stand of Ohanaeze clear when he publicly stated that the Ohanaeze will shift its stance on national issues if the political leadership in Nigeria deny the South East the opportunity for a south easterner to become the President of Nigeria in 2023. He threatened that Ohanaeze will switch and turn its support to Biafra agitation – and not for Nigeria unity.

Nnia Nwodo’s take almost matches a recent opinion by Fani Kayode – where he masterfully analyzed the reasons where the political block in Nigeria will never allow the Igbo to mount the President seat as President.

Kayode explained that Nigeria as presently constituted are afraid to allow a south easterner to become President because of a lack of trust. “The Hausa/Fulani does not trust the Igbo man”. They want to stay in power in perpetuity.