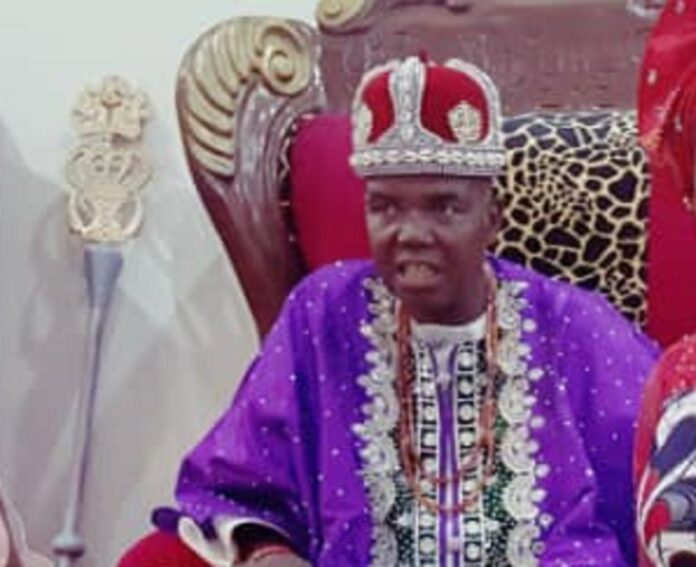 Information reaching 247ureports from Enugu Agidi – a community in Anambra State indicates the community maybe undergoing crisis that may have over powered the community at large.

The group led by the duo of Izuchukwu Okekeonyeocha and Chidi Okoye decided to discard the rules and guidelines of the community – and continued in their sale of lands – contravening the laws of the community. When the Igwe of the community, Igwe Mike Okekeuche intervened in the company of the President General [PG] of the community, Hon. Ndubusi Obijiofor – the group of land sellers protested that threatened to violently deal with the Igwe and the PG.

An indigene of the town who is conversant with the unfolding events in the community explained that “The Igwe and Caretaker Chairman of our Town union had put in place processes for any land sales because of many cases of illegal sales of individual and community lands but a group of land bandits are opposed to it. These chaps mobilized some disgruntled youths in the town and started attacking all perceived opponents. Even the Caretaker Chairman was waylaid and beaten up in the presence of Army personnel that he brought in to quell the ugly situation. Now they claimed that they have installed a new PG and Igwe. The town is presently deserted.”

See video below of the newly installed Igwe [in green – Izuchukwu Okekeonyeocha] and the new PG [in white to the left of Igwe – Chidi Okoye]. The video shows the group of land sellers celebrating their installation as Igwe and PG. They were breaking kola.

When the authentic PG took actions to quell the illegalities in the community, it turned out to result in an embarrassing ordeal. The PG made an official report to the Government of Anambra State – [this was while the Governor was vacationing in Anambra]. In response, the chief security officer [CSO] of the state – released seven [7] soldiers to accompany the PG to arrest the situation in Enugu Agidi. But as they arrived Enugu Agidi, the group of land sellers took to action. They were angered. In the presence of the seven soldiers with loaded automatic riffles cocked and ready to shoot, the group of land sellers grabbed the PG and began beating him. His cloths were torn off his body. He was undressed down to his boxers – this was while the soldiers looked on. The soldiers claimed they did not have the orders to shoot.

According to our source, numerous efforts to involve the police have resulted to be fruitless. A retired DIG from Awka by the name – Celestine Okoye is reported to be one of the backbone supporters behind the group of land sellers. “He supports them and each time we take them to police – he squashes it from his end.” The source claims Okoye to be the one that influenced the posting of the DPO in Abagana police station – the police station covering Enugu Agidi. For this reason, Okoye enables the group of ‘bandits’ to continue with their operation in Enugu Agidi.

Presently, the community members has deserted the town for the group. The government of Anambra State is yet to act.