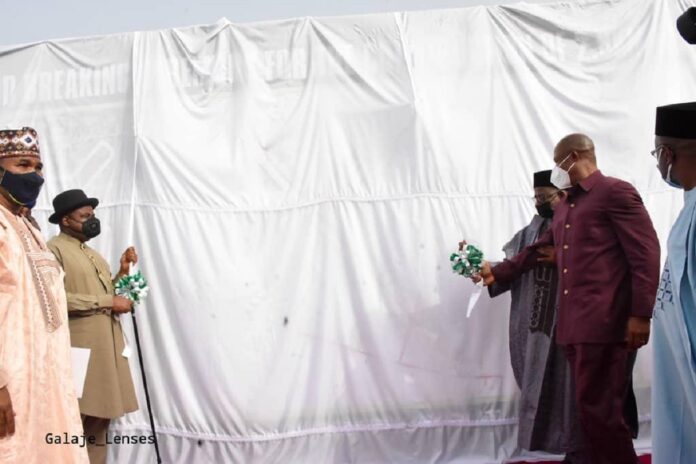 The Bayelsa  Governor Sen. Duo Diri, has on Thursday, in Bauchi, performed the ground breaking ceremony for the construction of a N4.5bn, Tambari  by-pass to Kaura city 28km road, in the metropolis.

Gov. Diri used the occasion to commend Gov Mohammed for his  ingenuity, hard work, commitment and dedication to the provision of infrastructure in the state.

He called on other counterparts to emulate Mohammed, by providing the dividends of democracy to their people as well as transforming their communities, for meaningful socio-economic development.

Earlier, in his remarks, Gov Mohammed said  that the project, which would be executed through Public-Private Partnership, would be handle by K K Kingdom Nig. Ltd,  an indigenous construction company.

He explained that his administration was poised to revolutionizing the social and economic sector of the state, by channelling democratic gains to every nook and cranny of the state.

The News Agency of Nigeria reports that Gov Diri, had earlier appealed to Gov. Mohammed and Samuel Ortom of Benue state to sheath their sword over the recent communication mix up, between them over the issue of Fulani herdsmen.