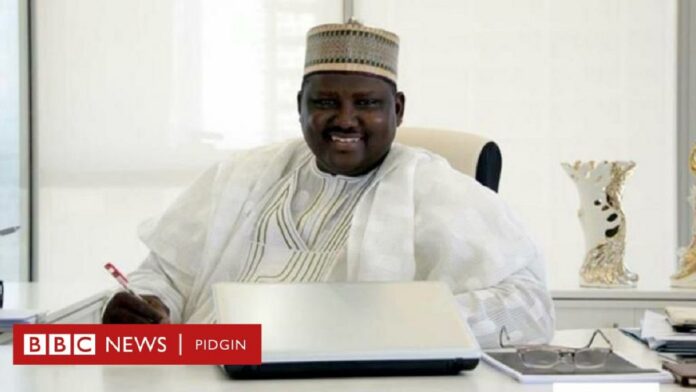 As the ninth prosecution witness, Rouqayya Ibrahim rounded off her evidence-in-chief in the ongoing corruption trial of Abdulrasheed Maina, former Chairman of the Pension Reform Task Team, the defendant informed the court, through his counsel, of his intention to file a no case submission; that he has no case to answer in the charges brought against him by the Economic and Financial Crimes Commission, EFCC, at the Federal High Court, Abuja. Consequently. Justice Okong Abang adjourned trial to December 10 to enable the defence counsel to address the court orally and for the prosecution to respond.

Earlier, PW9, in her evidence-in-chief, told the court that the driver’s licenses used by Maina to open five accounts with Fidelity bank and UBA were forged.

“We wrote to the Federal Road Safety Corps regarding Exhibit D7/17 and they replied that the drivers licenses used to open the accounts were forged. Exhibit D72, which is the account statement of Abdullahi A Faisal with fidelity bank has a total in-flow of N1,571,842,090 but the final total including interest and investment in the account is N1,822,074,690, ” the witness said.

The witness also revealed how on December 15, 2011, Maina bought a house from one Mr. Emeka Obiagu for N44m. She also narrated how the defendant, using the name Abdullahi Faisal, transferred monies which were converted to United States Dollars equivalent through a Bureau de Change, West Waves BDC and handed to Maina.

PW9, concluded her evidence-in chief and was cross-examined by the defense counsel, Anayo Adibi.