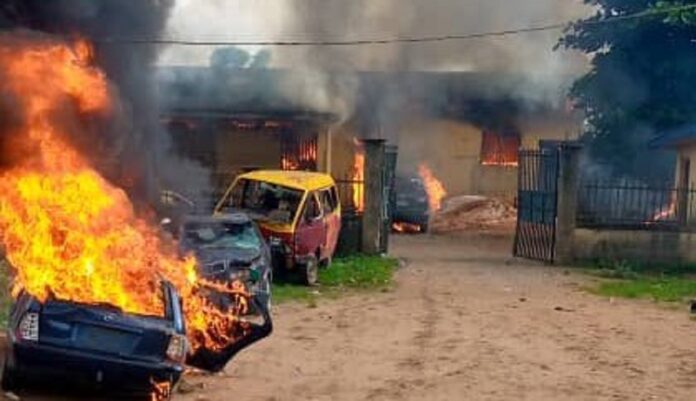 1.      The Anambra State Government has noted with profound sadness the killing last night of a commercial motorcyclist in Igbo Ukwu, Aguata Local Government Area, by a policeman. Some police officers were reported to be enforcing the government’s order banning motorcycles from operating from 5am to 9pm in a move to reduce violent crime in the state when an argument ensued between them and the motorcyclist, resulting in the shooting to death of the motorcyclist.

2.      The State Government condemns in strong terms the action of the policemen, whether it was intentional or not. There is no justification for the law enforcement officer to cork his gun in the first place. The government is satisfied that the Anambra State Commissioner of Police, Mr John Abang, on getting the report criticised the unprofessional behavior of the officer and ordered his immediate arrest and detention.

3.      The Anambra State Government will prosecute the officer once the ongoing investigation into the incident is completed. The prosecution will serve as a deterrent to law enforcement agents who misuse firearms.

4.      The State Government is, however, disheartened that some people in and around decided to take the law into their hands by burning the police station in the neighbourhood and freeing some people detained in connection with serious offences. Our state is famous for law and order.

5.      The State Government is unequivocally committed to human rights and the due process. Our commitment to upholding the dignity of the human person is well acknowledged. The Government has gone out of its way to encourage all enforcement officers in the state to show restraint in gun handling and display courtesy in the discharge their duties.

6.      The State Government has over the years worked harmoniously with different security and intelligence agencies in the state, and the collaboration accounts for Anambra’s status as Nigeria’s safest state and the most peaceful part of West Africa. We are proud of this record.

7.      On hearing the news of the incident in Igbo Ukwu, Governor Willie Obiano directed the Chairman of the Transition Committee of the Aguata Local Government Area to immediately visit the family of the dead commercial cyclist and express the government’s condolences. Governor Obiano has also directed the Transition Committee Chairman to work out the burial expenses of the motorcyclist and send him the bill as soon as possible, so that he will write off the cost.

8.      As the Christmas and New Year season sets in, all law enforcement agents in the state are directed to carry out their duties with utmost dedication and professionalism, which entails service with courtesy and respect for human dignity.