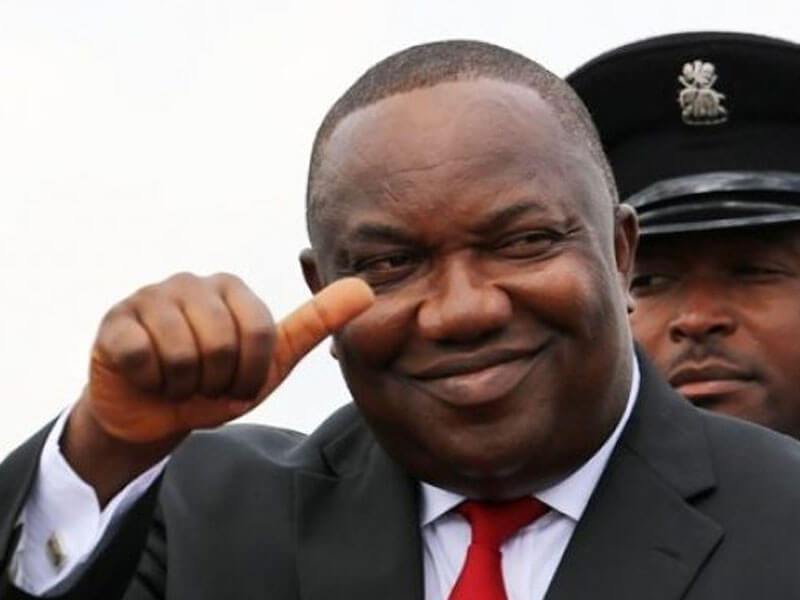 The attention of Enugu Youth Coalition has been drawn to some speculative news reports designed to distract the hardworking Governor of Enugu State, Rt. Hon. Ifeanyi Ugwuanyi from delivering good governance to the people and residents of the state.

The group was reacting to a news story in one of the national dailies which listed Gov. Ugwuanyi among three opposition governors who may likely defect to the ruling All Progressives Congress.

In a statement sent to newsmen by the national coordinator of the group, Dr. Edwin Obune, the group said, the story was planted by politicians who feel threatened by the Bi-partisan acceptability and recognition of the excellent and unprecedented works the governor is doing in the Coal City State.

Noting that the political future of any politician is in the Hands of God because only Him gives power.

And that goes without saying that the political future of Governor Ugwuanyi is in the Hands of God and not in the hands of any individual, group or political party as the case may be.

While we appreciate those who believe in the huge political capital and goodwill of the governor, we however advise those distracting him with partisan issues in the media to stop their stock in trade as only God can determine his political future.

Besides, Hon. Ugwuanyi is not a governor for PDP members, APGA members, UDP members or APC members as the case may be but the governor of Enugu State and father to all persons in the state irrespective of status or political affiliation.

Therefore, we advise those politicians sponsoring stories to second-guess the political thinking of the governor to halt their action because only God can determine his political future.
Indeed, Enugu State is in the Hands of God!