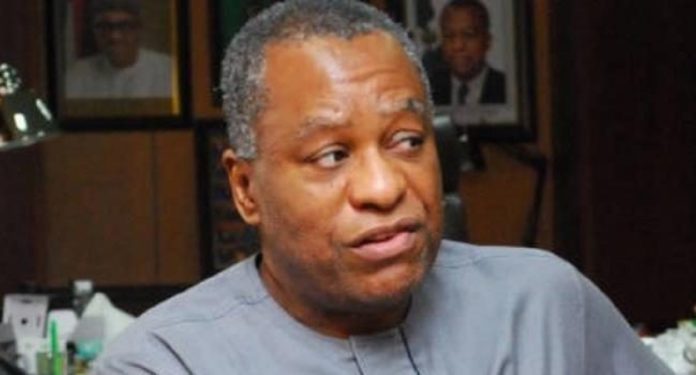 The Minister of Foreign Affairs, Geoffrey Onyeama has said that Nigerians were yet to form consensus on restructuring.

Onyeama, who spoke Sunday, during federal government’s engagement with youths and stakeholders in Enugu State, over the #EndSARS protests, added that restructuring meant different things to different people.

The PUNCH reported that restructuring of the country and the implementation of the 2014 National Confab report, dominated discussions at the engagement meeting, which was convened by the Minister, with the aim of finding lasting solutions to the root causes of the #EndSARS protests and educating residents on the gains of the President, Major General Muhammadu Buhari (retd)-led administration.

Traditional rulers, Presidents General and youth groups from the 17 local government areas of the state unanimously canvased for restructuring or the implementation of the 2014 confab report as panacea to frequent agitations from both the youths and regions within the country.

Participants who condemned the loss of lives and property during the protest, insisted that the lopsidedness of the current national structure was fueling disaffection among the people, hence the need for total restructuring.

Onyeama acknowledged that the youths had genuine grievances which the government was ready to address.

He, however, advised youths to banish the temptation of engaging in destruction of public and private facilities in their bid to show their anger as it was not in anyone’s interest.

“We are aware of the suffering of our people but Rome was not built in a day. We have had many years of bad governance, decay and corruption in our society, so addressing it, nobody has a magic wand which will end it all. We need hard work. We need to go back to the farm and place less emphasis on oil. We have to diversify the economy.

“What has happened has happened and we should understand that there were no winners. We are all losers. I am here to discharge the directive of Mr President. We cannot call the whole state to come and discuss. You people are the representative samples of our state…

“From three regions, six regions, 12 states, 19 states, 24 states, 36 states, that’s restructuring. We should know that it is not just the president. We have the National Assembly and that is the beauty of democracy because it allows you the opportunity to speak.

“These are the people who, if the consensus is on restructuring, to indicate what kind of restructuring they want. The National Assembly should also look at the 2014 National Conference. The main thing is to articulate what restructuring means to you,” he said.