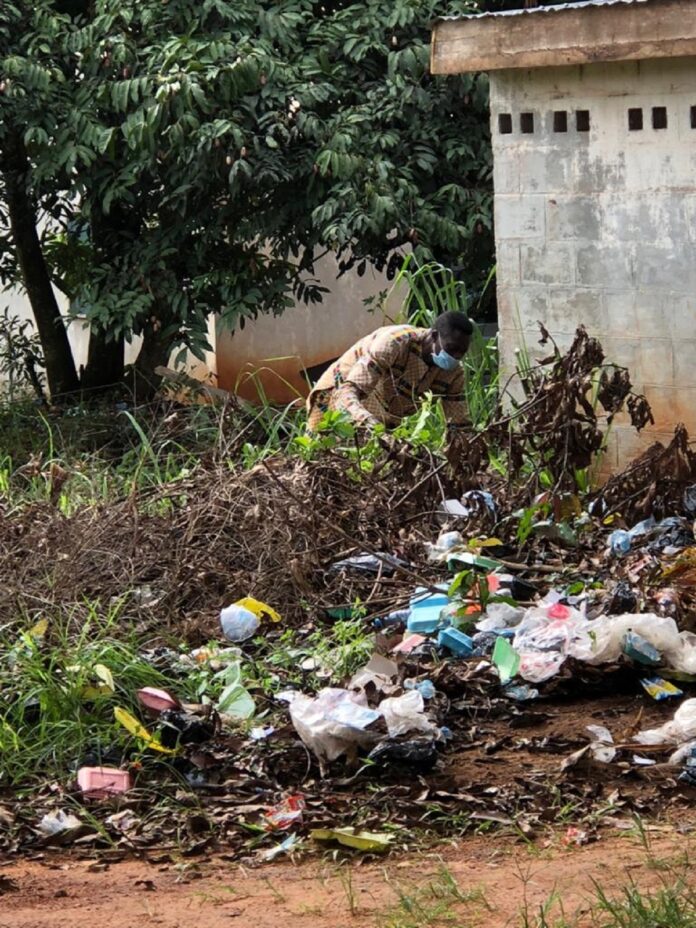 An Awka Chief Magistrate Court 3 sitting in Anambra State has adjourned to November 18, 2020 the case of defamation of character brought against one Mr Joseph Nnajiofor of Amachalla village Amenyi -Awka.

Nnajiofor according to had petitioned the police against his sibling -Ozo Obiekwe Nnajiofor and others accusing them of kidnapping and inflicting him with grievous physical injuries, and dumping him in a bush in a far away location to die, thereby making the police arrest the complainants.

from the Criminal Investigative Department (CID) of the Anambra state Police Command explained that when the case was assigned to him to investigate, after a thorough job on the matter he discovered it was an orchestrated false information.

The officer said, “I studied the case file carefully, saw that the defendant made a statement that one Barrister Anyanti Joseph who claimed to be a good Samaritan had picked the victim (Nnajiofor) where he was lying unconscious at a bush location in Abagana area in pool of blood and took him to the police station. I invited them (defendant and Lawyer) on several occasion to report at State CID through the phone numbers they attached but they refused to honour the invitation”, he stated.

This, the police detective disclosed, led to the arrest of the complainant for presenting false and misleading information to the police.

Earlier, a state counsel -G. B. Obi Esq told the court that the defendant was yet to settle out of court with his brother (the plaintiff) as promised and agreed before the honourable court earlier which was also admitted by the defense counsel.

Joseph Nnajiofor (aka Ego Oyibo)had been sentenced to two months community service of clearing the Magistrate Court premises, one month imprisonment and five hundred thousand Naira (N500,000) as compensation to the complainant for monies spent in tracing, trailing and tracking the defendant down to face the Contempt charge for jumping bail and absconding.

The police prosecutor told the court that relying on the unfortunate misleading and false information the officers from the Abagana Divisional Police headquarters and the State Criminal Investigations Department (SCIID) Headquarters arrested, interrogated and detained the six gentlemen. That this would not have taken place had the true facts of the matter been made known to the police. Egoyibo therefore committed an offence punishable under Sec 154(1) of the criminal Code Cap 36 Vol 11, Revised Laws of Anambra State of Nigeria 1997 as amended.

Egoyibo thereafter went to the State High Court seeking for bail and was granted with a surety in the sum of two hundred thousand Naira together with an evidence of means. But after hearing the application, it revoked the bail. The High Court consequently ordered him to complete his initial sentence. It was at this point that he absconded and never appeared in court again to face the pending charge ref MAW/162c/2016. His surety showed cause and consequently paid the bail bond of N200,000 while the frantic search for him which took detectives all over the state’s of the federation lasted more than 8months. His surety was consequently arrested and made to forfeit the bail sum in addition to a seven-day jail.

He was eventually re-arrested by a private tracker with the help of the police and logistics from the complainant(Ozo Obiekwe Nnajiofor)and then charged to court for contempt on 15th June 2020.

The prosecuting counsel Messrs G.B Obi, leading the police prosecutor, Kalu Onyemelam, an Assistant Superintendent noted that based on Joseph Nnajiofor’s statement before the court that even after absconding he was monitoring the progress of the matter but refused to show up. He acknowledged knowing that consequent upon his disappearance his surety was apprehended and punished for lying under oath. Consequently the surety eventually paid N200,000 which clearly shows that he is unrepentant. Even his claim that he ran for his life when he realized that some people wanted to kill him, was punctured by the fact that if it was true he would have opted to stay back in custody instead.