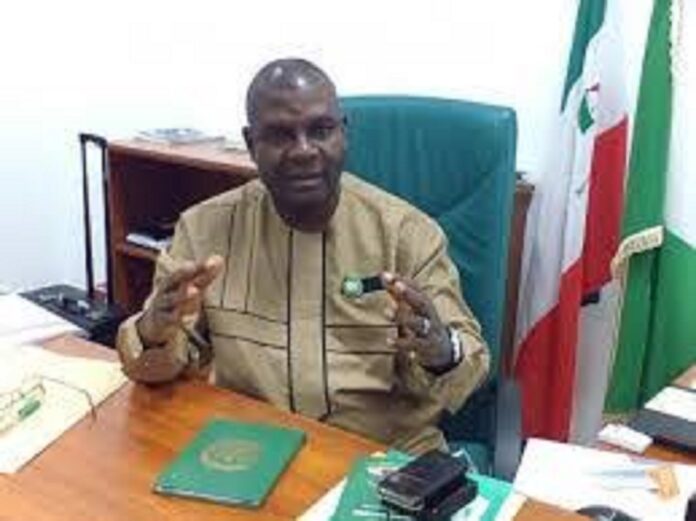 I never thought a  day would come when I would expend  time  to disassociate my name from  a hack who scurries around Facebook writing for Uju Kingsley Chima. Then again, to describe this fellow who goes by the name Uwadi Martins as a hack or mercenary is to make him a saint. He bears the  name Uwadi but certainly not my own Uwadi.  No matter how hard anyone tries to be me, you can’t  be me. Try and be yourself.

The said Martin has cast venoms, vituperations and vilifications on Goodluck Opiah  so much that he has  got my attention. Obviously he is been used by Uju in an attempt to ridicule the Uwadi family name. This too will fail.

Each time I read about  the pains of Uju  over Opiah, I understand the pangs of his dashed aspirations and unreasonable expectations that have quickly become pipe dreams and impossibilities. He  is  not happy with the new Imo state with Opiah at the centre of things. He wants the old order . In the old order, he was in charge of stealing public funds in ISOPADEC and in our LGA.

He is sad that Uzodinma is governor. They are preparing to see if they can bring back the Okorochas in the next governorship election and they see Opiah as a threat to them in Ohaji/Egbema and Oguta. Their seditious write-ups are to cast aspersions to the minds of those who may be in mutual relationship with the governor to begin to doubt if Opiah is  the same man they know.

Kingsley Uju is a man  who  takes  to corruption and the euphoria of office like a pig to filth. He stink to high heavens and that is why someone like me cannot be his fan. I have touched money in life and no condition will make me enter a shit hole. Since Uju got into the national assembly, he hasn’t attracted a single project for our constituency. He doesn’t even pick his calls.

Imo people are watching him. We know about his meetings and plots on how to remove Gov Hope from office and how to get their man in power.  You think we don’t know? He is  a man of questionable character. Is he  not that same Uju Kingsley that played ‘yeye’ role during the days of  Okorocha’s yeye  government, looting Imo dry?

He is that same Uju ,who served as the ‘yeye’  deputy chief of staff  to Okorocha where he projected the ‘yeye’  destruction of Ekeukwu market  at the detriment of his conscience which led to the death of Somtochukwu. He is  that same Uju who  back up Okorocha, the former maximum ruler in his stupidity using boys of Ohaji/Egbema as thugs.  He  conned huge amounts of money out of Okorocha . He is one of those responsible for the poor state of Isopadec. He is  the pot that is always calling the kettle black, a man known for insincere behaviors. Let him continue his media attacks .This too will fail.

One man who has been working like a divine agent and putting smiles on the faces of the people of the oil kingdom of Ohaji/Egbema and Oguta in Imo State is  Chief  Goodluck Nanah Opiah. Who is making comparison between him and Uju? Tufiakwa! You cannot compare  bicycle with Motor.

Opiah  was in the Imo House of Assembly firstly from 2003-2007 during which period, he founded the Imo State Oil Producing Area Development Commission ( ISOPADEC ) . He became Speaker of the house from 2007-2011 and as Speaker, he  made Late  Eze SN Uzor  Chairman of ISOPADEC  and  through  ISOPADEC  several  roads were done  in Ohaji/Egbema, and  Oguta.

As Speaker he gave instructions and  ISOPADEC offered scholarships  to students.  He gave orders for countless markets to be built in communities of Ohaji/Egbema and  Oguta . He gave so many persons jobs and scholarships. ISOPADEC also paid NEPA bills for the people of the oil areas for years through his efforts.

Through Opiah so many persons from the oil kingdom have  received political appointments, contracts,jobs and scholarships. He also promoted the law that created the present Imo State Polytechnic. He was member of the house of reps from 2015-2019. When he was a member of the house of reps he attracted several government projects, road projects, decent jobs, water and other essential services to his constituency. His achievements and accomplishments at  the National Assembly is   making any mention of his name to send  discomfort into the spines of detractors. Now that he is special Adviser to Governor and Coordinator of Oil and Gas Matters in the state, I know he will do more. I admire this man’s leadership style  that’s why I’m one of his fans and I always say to him  ‘ jisi ike.