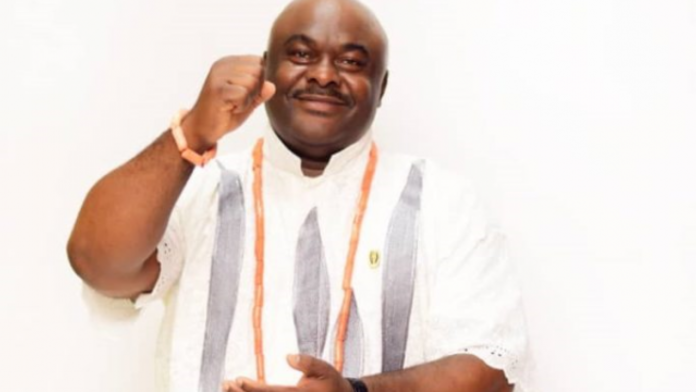 1.    My name is Sebastine Ebhuomhan, a citizen of Edo State from Ebelle Town in Igueben Local Government Area, a professional journalist and multiple media award winner, who is desirous of the positive development and progress of my state, Nigeria’s Heartbeat.

2.    I am writing this petition through your exalted office to the entire Edo State House of Assembly, which was recently and properly constituted by the majority lawmakers of the constituencies of Edo State.

3.    That in October last year, Edo State Government under the leadership of Governor Godwin Obaseki charged its Commissioner for Arts, Culture, Tourism and the Diaspora, Mr Osaze Osemwegie-Ero with the organization of an event, the 2019 National Festival of Arts and Culture.

4.    That since Mr Osemwegie-Ero successfully organized NAFEST, he has neither been heard or seen in his office, anywhere in Edo State (where he still remains a cabinet member of the state government) or anywhere under the sovereignty of Nigeria.

5.    That a lot of rumours, hearsays and conjectures have been adduced for the sudden and unexplained disappearance of the family man some of which falsehood his family has publicly queried with a call on the government to explain why Mr Osemwegie-Ero is nowhere to be seen or heard.

6.    That one of the wide and wild rumours put forward alleged Mr Osemwegie-Ero to be in detention in Italy following his arrest in France in the company of his principal, during which the sum of USD $2 million was found on him as proceed of money laundering and subsequently seized by the International Police (INTERPOL).

7.    That another rumour alleged him to have been detained in respect of past unnamed and unsubstantiated criminal activities.

8.    That Governor Obaseki in December 2019, in a formal response to the disappearance of his Commissioner, though denied all the allegations raised for Osemwegie-Ero’s detention in Europe but was unable to explain why he could not be in the office.

9.    That it is now about 10 months, precisely from November 2019, since Mr Osemwegie-Ero was allegedly arrested in Europe and last seen in Edo State, Nigeria, even as he remains a cabinet member drawing from the payroll of Governor Godwin Obaseki’s administration from the prison, whose continuous absence from office is still unexplained.

10. That a recent video of a foreign television station in circulation by the name: FCTV News, in its Midday Africa News further stoked the embers of suspicion with an allegation of how the INTERPOL has just uncovered about £20 million allegedly laundered by individuals from Edo State to Europe in the past three years.

11. That while Edo Government and the people of Edo State are yet to formally react, I am hereby calling on the Edo State House of Assembly to immediately investigate the latest news report as well as the circumstances in which Mr Osaze Osemwegie-Ero travelled abroad, why he was allegedly arrested in Europe, where he is presently detained in Europe, his alleged offences, the financial involvement and all the people so connected to the disgrace with a view to officially documenting everything for further actions.

12. That since this call falls under the oversight functions or purview of the legislature, it is now incumbent on this Honourable Assembly in line with the laws of Edo State to immediately cause a local and international enquiry into the sudden disappearance and alleged detention of a Commissioner of Edo State in a foreign land, so as to halt the global laughter, mockery, disgrace, shame and absence of governance that Edo State is presently reaping from the continuous absence of Mr Osaze Osemwegie-Ero from public office.

Considering that no amount of money is too much to invest for the good governance and global positive image of Edo State, this Honourable House must rise above sentiments now to pursue this task with all seriousness in order to restore confidence in the governance and people of Edo State.