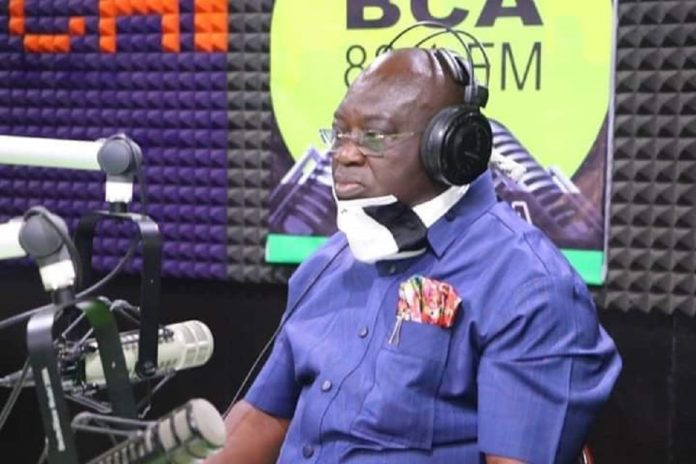 Journalism has been described by some as history written in a hurry! While this is a correct assessment of the role of journalists in the society, it also underlines why reporters must be well -trained and have the necessary intellectual wherewithal to responsibly perform their roles.

The Sun newspaper’s report entitled:  “Schools resumption: Abia teachers test for COVID 19, Ikpeazu sacks over 5, 000 others,” did not demonstrate an intellectual grasp of the subject, and ended up passing the wrong information to readers.

While it reporting of the first part of the headline was fair enough, the second part that reported the “sacking” of teachers was unfair to the Governor of Abia State, Okezie Victor Ikpeazu, and to the readers who may have ended up being misinformed.

Part of the report published on Friday, August 6, reads: “This is even as the state governor, Okezie Ikpeazu has ordered the sacking of about 5,600 teachers alleged to have been fraudulently employed by the Executive Secretary of Secondary Education Management Board (SEMB), Lawrence Ogbonna.”

The report is not only misleading, but mischievous by wrongly attributing to the governor and the state government an action that never took place. Interpretative journalism is good and helps the public understand important issues. But such interpretations must be within the context of the true meaning of the action or statement.

The press statement from which the reporter got the story did not mention anything like the report claimed. The statement, signed by Chief ACB Agbazuere, the governor’s chief of staff, stated that the “Abia State Governor, Okezie Victor Ikpeazu, Ph.D. has received the Report of the Investigative Committee on employments made without waiver at the Secondary Education Management Board (SEMB).

“The Governor has equally noted the submissions of the Committee to the effect that out of the 5,853 people said to have been employed between 2018 to 2020, Only 187 people were employed with waiver, leaving 5,666 people as employed without waiver.”

Anyone who understands the English language can easily interpret the above sentences to mean that the Abia State government has uncovered an illegal employment syndicate at the state’s Secondary Education Management Board (SEMB) which employs staff for the agency without government waivers.

The scam was unearthed by the Investigative Committee on Employment inaugurated by Governor Ikpeazu in February this year. The committee found out that out of the 5, 853 persons employed by the agency between 2018 and 2020, only 187 were employed legally.

With an expose like this, what is a responsible government supposed to do? Should a  situation where some public officials decided to abuse their offices, took money from people and gave them government jobs illegally be condoned? So, the governor decided to act by punishing those involved in the sabotage of government process.

The statement by Agbazuere quoted the governor as directing that “the Suspended Executive Secretary of Secondary Education Management Board (SEMB), Mr. Lawrence Ogbonna, be retired compulsorily with immediate effect; that, in case, any of the 5,666 people employed without waiver, was asked to start work by anybody, such a person should stop forthwith, having been so employed unlawfully.”

A more resourceful reporter would have understood the action of the governor as uncovering of corruption in government. As far as the state government was concerned, the 5,666 people were not staff of SEMB since they were not employed by the state government. So, it is wrong to say they were sacked because they were receiving government funds illegally. It is similar to what has happened in other states and at the federal level where ghost workers were uncovered.

In a show of magnanimity and compassion, Governor Ikpeazu also directed that those affected would be considered for employment whenever there is need to take new persons. He directed that “Schools that have need for Teachers in some special areas should make their submissions to the Commissioner for Education and copy the Chief of Staff to the Governor. That whenever there is such need for Teachers; Government will nonetheless take recourse to the list of 5,666 people, for employment.”

The action of the governor would serve as deterrent to public officials who may wish to engage in such corrupt practices and a warning to members of the public not to allow unscrupulous government officials take advantage of them.