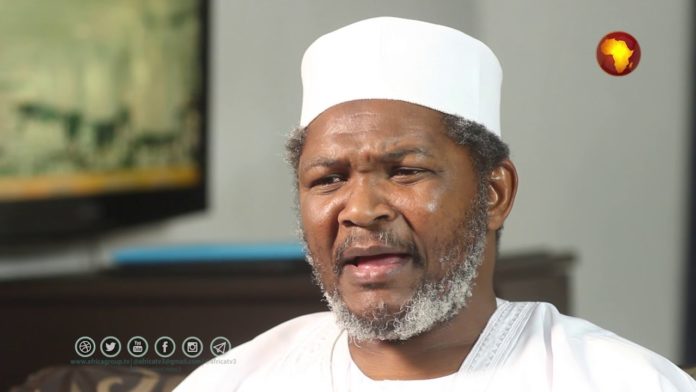 Recall that Governor Ganduje last Tuesday after due consultations with the state Council of Ulamas decided to approve their request to allow Muslims observe their religious rites under strict adherence to COVID-19 protocols.

Already, Governor Ganduje has directed Hisbah Guards to monitor designated Mosques were prayers would hold for the Eid Ftr, so as to ensure that whoshipers adhere to COVID-19 protocols such as wearing of face masks and physical distancing.

More so, the state government has already fumigated Mosques where payers would take place.

Most Muslim leaders in the state hailed Ganduje’s decision, but expressed disappointment that a personality like Sheikh Khalil, in his position, could oppose government’s decision to allow prayers during the Sallah celebration.

Muslim leaders who spoke to our Correspondent on condition of anonymity strongly condemned Sheikh Khalil’s views that Friday prayers and Eid Ftr prayers should not hold, describing it as unIslamic.

According to one of them, “Sheikh Khalil’s opinion that Friday prayer and Eid Ftr prayer should not hold was not based on peinciples, but on selfish and political interest.

” We disagree with him. He is not speaking the minds of the Ulamas. He is on his own. We urge Muslims in Kano to disregard his comments.”