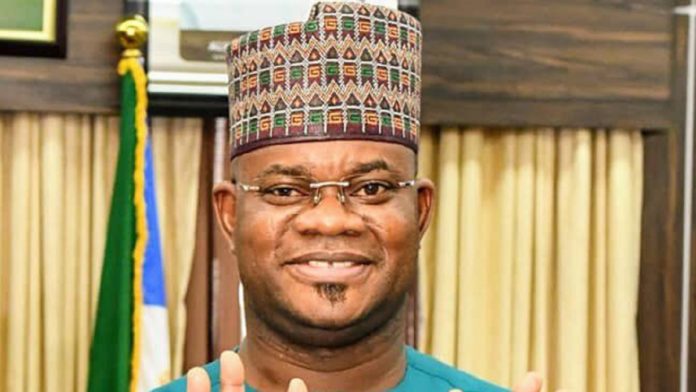 The present Kogi State Chief of Staff has come on several hammers and condemnation from cross section of Christian faithful for erroneously regarding denomination in Christianity as divisions in the Church to justify or buttress his point on the current demagogue as currently observed in Muslim communities.

The Chief of Staff to Kogi State Governor, Asuku Jamiu three days ago was on local radio station in Kogi central to make clarification on the Chief Imam of Ebira Central Mosque leadership tussles.  Recall that following the demise of the late Imam, the position has been unfilled as his then deputy Chief Imam was not automatically crown the substantial Chief Imam after months of his demise due to perceive interest of divergent Muslim sect groups jostling for the position.

The continuous lead of prayer by the late Chief Imam’s Deputy at the Ebira central Mosque has been seen as an affront to some sect groups. According to dissenting groups, the erstwhile deputy Chief Imam of Ebira central is merely acting and not a substantive Imam and therefore should not undertake in all round responsibilities of the Mosque.  This kind of position advanced by some Muslim groups generated serious rancour at the mosque, which led to exchange of gunshot by different sect groups in the last Jumat prayer in Okene.

In an attempt for the Chief of Staff to put forward his view on oneness in religious groups as projected by Prophet Muhammed and our Lord Jesus Christ, he then misfired by erroneously regarding denomination in Christianity as division to justify different sects in Muslim world.

While I commend Chief of Staff high level of humility for coming to that same platform to seek for forgiveness from those who perceived his proclamation as an insult to the Christian world but one time that has remain unclear to many is the term denomination.  I have seen many and even my Christian Brothers declaring that denomination is actually a division if we are to be sincere to ourselves.

Let me first declare that I as a person does not have a personal take against Chief of Staff on the current controversies and readers should not term this my article to be such. I must clearly state that this article is purely cantered on the word denomination and to put forward that it is not actually a division in broad context. In addition, the focus of this write-up is to educate people proper on how denomination even came to be in the first instance.

Indeed, Jesus Christian is the progenitor of the present Christianity. When Jesus Christ began his mission, he knew he could not do it alone. The need to bring people together to form his twelve disciples becomes very important. These disciples followed Jesus Christ to wherever he goes. They offered supportive hands while Jesus Christ lead in spiritual works.

Even at the time, Jesus Christ was about living the world he boldly told his disciple to go into the world and preach the words to the people. Looking at this critically, the twelve disciples can be termed as the first denomination of churches in World.  This came not because of disagreement or different divergent interest arising from the death of Jesus Christ but the need to spread the gospel faster to the people. The disciple went on their own way to preach the words of God as directed by our Lord Jesus Christ. Jesus Christ also tasked each individual disciple to carry other people along and multiply in their teaching. He tasked them not to only double but multiple in tens and hundred.

Relating this to the present Christian World where we have the like of leading churches in Nigeria such as Catholic, Anglican, Redeem Churches, Living faith, Christ Victorious Churches, Deeper life and others, they  are  actually the new crops of Jesus Disciples spreading the gospel of God in the Nation. They did not come out of various doctrines and belief but the need to fulfil the mandate of our Lord Jesus Christ that his disciple shall increase across nation not only in hundred but in millions in years to come.

On a final note, the present different churches in the World are actually the offshoot of the mandate of our Lord Jesus to increase in discipleship and should not be mistaking for division as we are still propagating same thing.  It is only the name of the Churches that differs and nothing contrary to the dictate and teaching of our Lord Jesus Christ

Shaibu Stephen Ojate is a Journalist and public affairs commentator writes from Abuja. He is on facebook platform and whatsapp. To subscribe for his future articles, inbox his whatsapp number on 09075716236