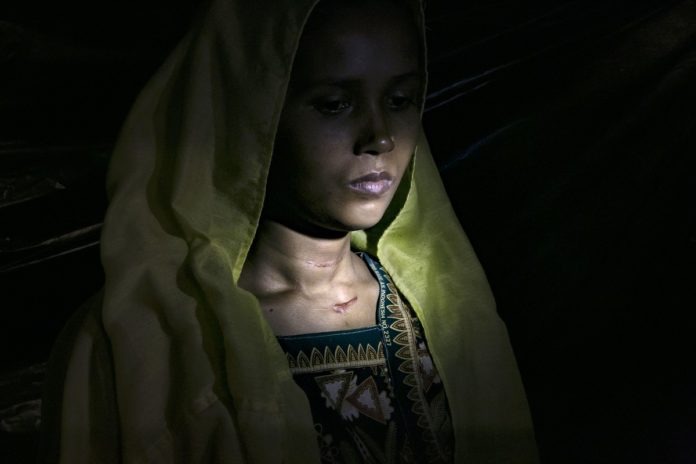 A 17 year old virgin Salma Hassan of Itas Gadau Local Government Area of Bauchi State has killed her husband Mohammed Mustapha for trying to have sex with her after eight days of marriage.

Salma who looks worried about the incident, said, “I love my husband and he also love me, we are from same family but I never experienced sex before”.

Confirming the incident at a press briefing yesterday, Commissioner of Police Bauchi State Command Mr. CP Philips Maku  said the suspect stabbed her husband on the chest as a result he sustained serious injury and was rushed to general hospital Itas Gadau for treatment where he was certified dead.

He said the suspect was arrested on 24/04/2020 and confessed to the crime, and exhibit recovered from her is just one knife.

In her words Salma Hassan said “I regretted everything I have done to my husband I want the world to forgive and I want government to have mercy on me”.

Salma Hassan said it all started when my husband came to my to have sex with me and I rescued him because I was told that having sex is a bad thing so when I refused him and he try to force himself but there was no way, he slapped me and beat very well out of anger I graped a knife and chopped on the chest and there was no blood but he was later taken to the hospital and I was later told that he is dead. I am not happy at all. I wish he was around.