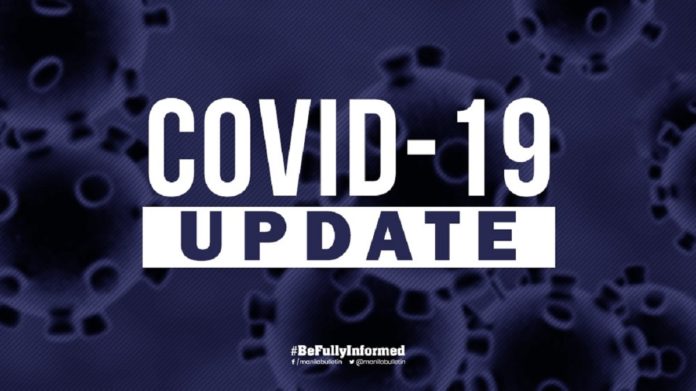 The Nigeria Centre for Disease Control (NCDC) says 38 new cases of COVID-19 have been reported in the last 24 hours, bringing total number of confirmed cases to 665.

The NCDC made this known on Monday night in the latest report posted on its verified twitter handle.

According to it, three new states- Gombe, Sokoto and Abia have joined states with reported cases of the virus, as the number of states with confirmed cases now reached 25.

The agency stated that of the 38 new cases from eight states, 23 were reported in Kano; five in Gombe; three in Kaduna; two in Borno, two also in Abia, while one each was recorded in FCT, Sokoto and  Ekiti.

The agency said it would continue to respond to the pandemic across the country, adding it has prioritised the distribution of Viral Transport Medium (VTM) to all the states and FCT for sample collection.

NCDC said that it had deployed COVID-19 starter packs to all the tertiary health institutions and Federal Medical Centres.

The News Agency of Nigeria (NAN) reports that the Dr Chikwe Ihekweazu, NCDC Director-General, had warned Nigerians against the washing of surgical masks for reuse.

Ihekweazu noted that such behaviour posed a risk for the spread of virus.

He advised Nigerians that the surgical masks should be disposed of in a waste bin after use.

He, however, advised Nigerians to use only those from the original packaging after washing their hands.

In its COVID-19 situation report dated, April 19, and made available

The NCDC on Monday said it had tested 7,153 total samples collected as at April 20 for the Novel Coronavirus (COVID-19) pandemic in the country.

It stated that most affected aged groups were  31 – 40, making up 21 per cent of the total number of confirmed cases.

The NCDC noted that the total number of passengers of interest were 9, 209, where 9,058  (98 per cent) have completed follow up in the country.

According to it, in terms of source of cases, 210 have travel history, 129 were contacts of confirmed cases, and 235 infected, but with unknown source.