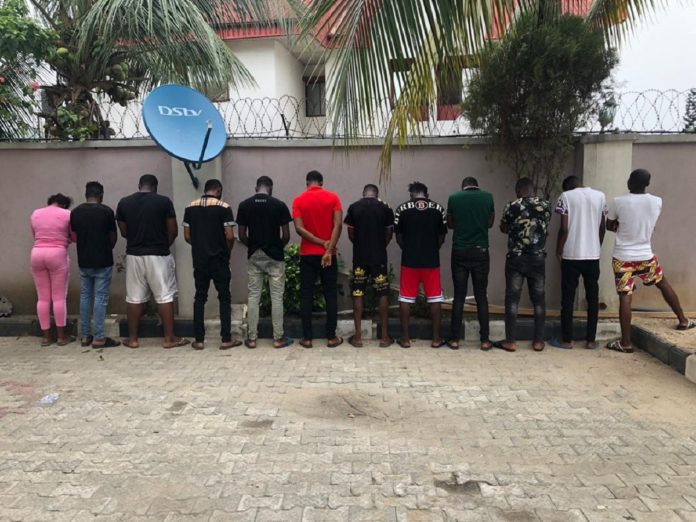 Chisom was arrested at Ukpei street, off Abak road, Uyo while others were nabbed at various locations including 110 Victory Way Extension, Satellite town in Calabar.

While admitting to the crime, the suspects during interrogation, availed operatives information about how they operated.

Investigations showed that they were into various cybercrime activities such as, love scam, online Bitcoin trading scam, identity theft, amongst others.

Their modus operandi include sourcing for victims in Facebook and Instagram and claiming to be United States military personnel in other countries who could not access their money. They make their victims give them gift cards which they change to Bitcoin and to naira.

They will soon be arraigned in court.