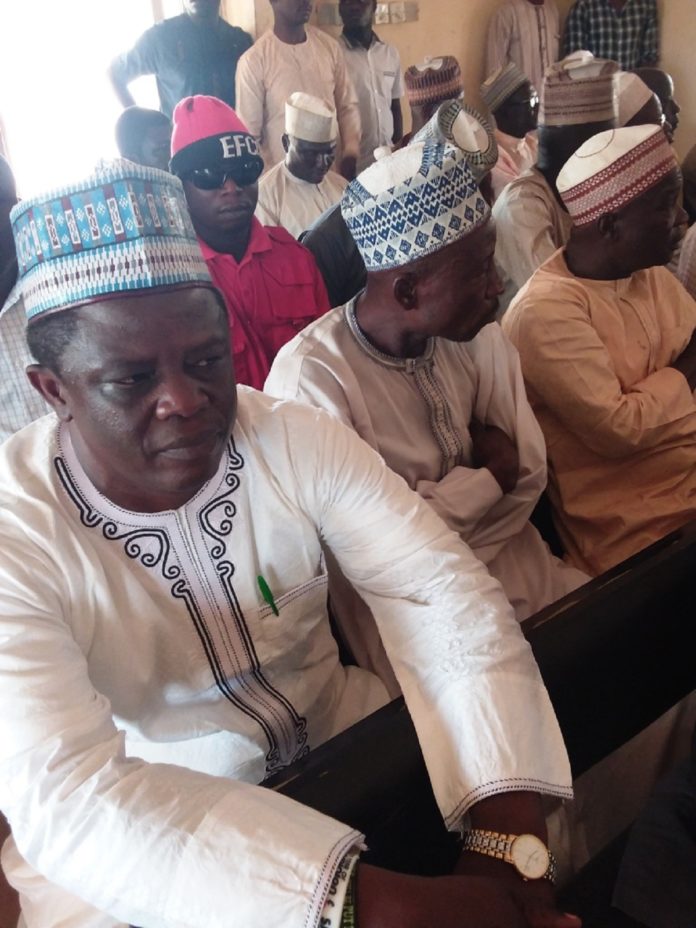 Rukuje, the Executive Secretary of the Gombe State Emergency Management Agency, GOSEMA, was accused of conspiring with Garba, the Store Officer to cart away some building materials meant to alleviate the sufferings of Internally Displaced Persons, IDPs in the state. The materials were provided by the Presidential Committee for the North-East Initiatives.

Rather than utilize the materials for the IDPs, they conspired to sell 5,000 bags of cement, and 4,000 drums of 20litre paint, and used the proceeds for their personal benefit.

They pleaded “not guilty” when they were arraigned in February 2018.

In the course of the trial, the prosecution presented five witnesses, and tendered 15 exhibits. The defence presented three witnesses.

Both parties filed their final written addresses on December 20, 2019.

Delivering his judgement, Justice Jauro, held that the prosecution proved its case against every reasonable doubt as required by law, and so pronounced them guilty as charged.

Rukuje was thereafter, sentenced to 14 months in prison on count one for conspiracy, and 18 months each on count two and three for criminal misappropriation.

Garba was sentenced to 14 months in prison on count one for conspiracy, and 18 months each on count two and three for aiding and abetting.

In all, each of them was sentenced to four years and two months imprisonment to run concurrently.

Justice Jauro thereafter, ordered that Rukuje pay N7,960,340 to GOSEMA, while N195,000 and N80,000 recovered be forfeited to the Federal Government of Nigeria.